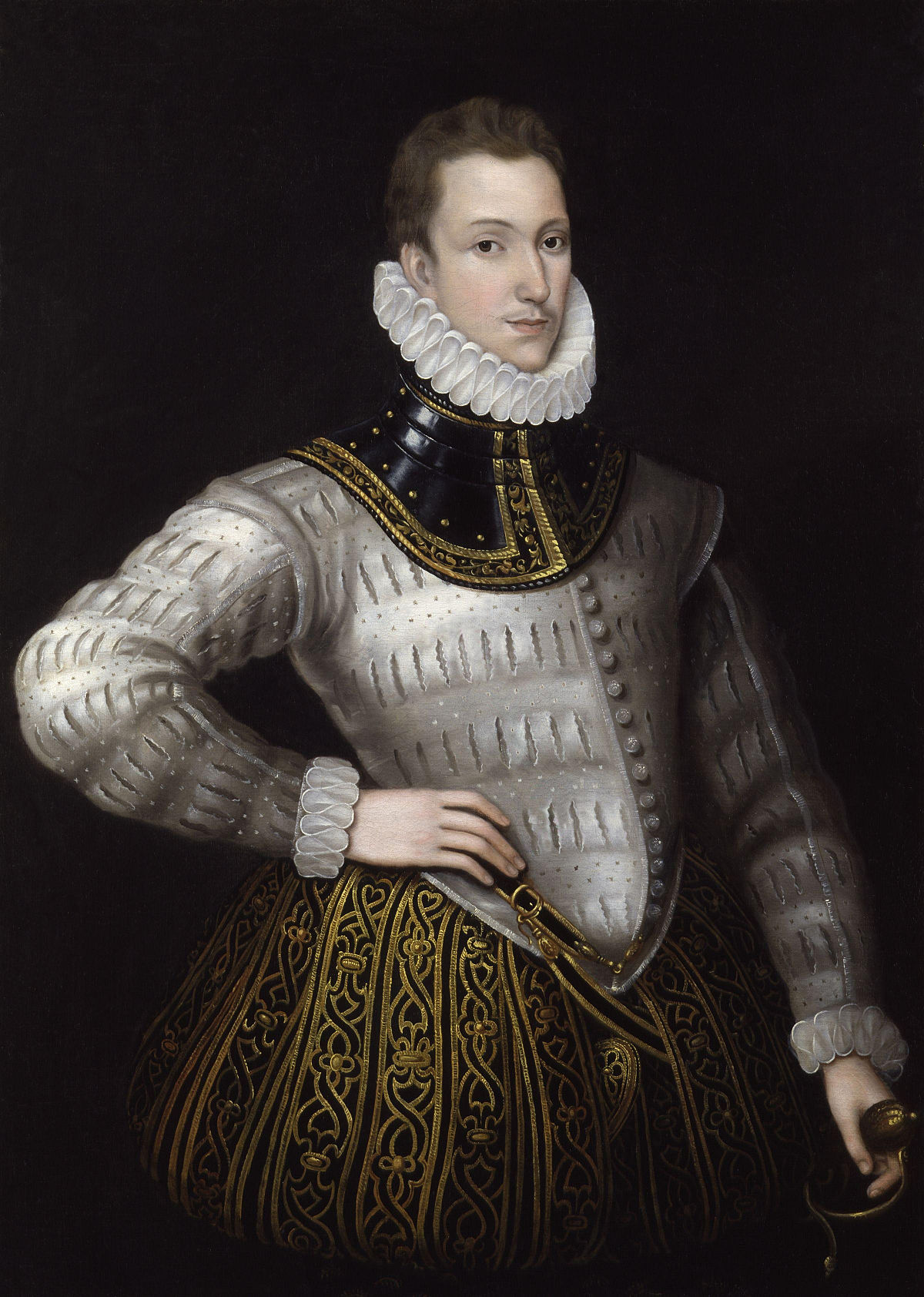 Philip Sidney is best remembered for his remarkable contributions to English literature, but his valiant attempts to unite Protestant Europe, had they succeeded, would have changed the political and religious map of the world. Under the tutelage of his “spymaster” father-in-law, John Walsingham, Sidney developed an intelligence network that included such men as theologian Zacharias Ursinus and Reformed champion John Casimir, all with one end in mind: the preservation of the Reformation in Europe. In this issue, Leben brings you the untold story of Philip Sidney, soldier, diplomat and hero of the Reformation.

We rarely connect Philip Sidney with the Reformation. We might remember him as a soldier, statesman, or courtier. We certainly remember him as a poet. He wrote Astrophel and Stella, the first successful sonnet sequence in English. Before that, he wrote the first piece of English literary criticism, A Defense of Poesy. Both remain classics. His third major work was Arcadia, a prose romance with overtones of political and religious commentary.1See Barbara Brumbaugh, “Cecropia and the Church of Antichrist in Sir Philip Sidney’s New Arcadia.” SEL: Studies in English Literature 1500-1900 38.1 (Winter 1998): 19-43, available online at <”http://www.geocities.com/winderkampf/sid2.htm>. Professor Brumbaugh argues that Sidney’s revision of Arcadia late in his life gives us his mature and decidedly Protestant views on the political and religious events of his time, while casting them all in an apocalyptic light.

But for Sidney, poetry—that is, imaginative literature of any sort—was ever the handmaiden of virtue. The moral philosopher might point out the true and the right, and the historian might multiply examples of the false and the wrong, but the poet can go further: the poet can show the true and right to be admirable and worthy of imitation. The poet can create an image of virtue that captures the imagination.

Philip Sidney placed a high price on virtue and was frequently commended for his own. Indeed, his reputation for virtue so irked his enemies that the Durants could write, “Only his heroic end won him pardon for his virtue.”2Will and Ariel Durant, The Age of Reason Begins (New York: Simon and Schuster, 1961), 70. The poet Spenser more kindly called him, “the President of Noblesse and Chivalry” and “the world’s delight.” But Sidney’s concern for virtue was a concern for the rule of Christ, for Christendom; to Sidney, that meant the political success of Protestant Christianity in Europe. “Sir Philip Sidney, all agree, actively championed the formation of an international Protestant political and military league throughout his political career and died fighting on behalf of the Protestant ‘Cause.’”3Brumbaugh, 19.

Philip Sidney (1554-1586) was born into a family that, for reasons right or wrong, had long championed the Protestant cause. His grandfather, John Dudley, had ruled England under Edward VI and, after the young king’s death, had brought Lady Jane Grey to the throne. In fact, Lady Jane’s husband Guildford was Dudley’s youngest son. Philip’s father, Henry, had been Edward’s companion. But, oddly enough, Philip himself was named after Philip II of Spain, his godfather!

At ten, Philip Sidney entered Shrewsbury to study under the Calvinist schoolmaster Thomas Ashton, a disciple of Martin Bucer. At fourteen, Sidney went to Christ Church at Oxford. His contemporary biographer, Thomas Moffet, wrote of him:

He determined the plan of his university life not with reference to the ends of natural inclination but within the boundaries of duty and virtue; and in his eyes, his speech and his manners he presented a certain pattern of modesty and antique integrity.4From Noblis, or a View of the Life and Death of a Sidney in James M. Osborn, Young Philip Sidney, 1572-1577 (New Haven: Yale University Press, 1972), 20.

Sidney left Oxford without a degree, a thing common enough for those not bound for church office. Illness may have played some role.

At seventeen, and with royal permission, Sidney set out on a tour of the Continent to learn languages and the practicalities of foreign relations. The year was 1572. Sidney entered Paris as part of the Earl of Lincoln’s retinue. During his summer there he earned the friendship of the Huguenot scholar Hubert Languet; the logician and philosopher Peter Ramus; the future leader of the Huguenots Philippe Duplessis-Mornay; and the young king of Navarre, Henry III (later Henry IV of France). Sidney also gained the approving notice of Charles IX, who made him the “Baron de Sidenay.” And so Philip Sidney was in Paris when the St. Bartholomew’s massacre broke out. He found sanctuary in the home of Francis Walsingham, his future father-in-law. When the bloody storm had subsided, Walsingham sent Sidney on to Germany under a safe passage from the king of France. Sidney wintered in Frankfort. There he continued his friendship with the Hubert Languet5Languet was an agent and informant for the Elector of Saxony. He and Philippe Duplessis-Mornay have sometimes been credited as the authors of the Huguenot treatise, A Defense of Liberty Against Tyrants. (1518-1581), a friendship that would grow more intimate with correspondence during the nine years until Languet’s death.

Languet saw Sidney “as the Messiah who could lead the much-desired unification of the Protestants of Europe. Languet hoped to bring together the Lutherans, the Calvinists, and the Anglicans of England, and by this means to resist the forces of Catholicism which seemed neither to slumber nor to sleep. To this purpose Languet felt his greatest contribution could be to guide, train, and even create the future champion of the Protestant cause.”6Osborn, 138.

The next summer Sidney pursued his education in northern Italy. Though dogged at times by ill health and a tendency toward melancholy, he wrestled with his Latin style and worked on spherical geometry in Venice and then continued his studies at the University of Padua, a major center of intellectual life. Through letters Languet continued to direct his studies, encouraging him in moral philosophy and Latin, the language of diplomats, and discouraging his interest in geometry and literature, studies he would have no time to complete. Languet also suggested some acquaintance with German would be useful in Sidney’s future role as a diplomat.

In 1574 Sidney returned to Vienna, where he spent more time in his studies with Languet and worked on his fencing and horsemanship. The next year, as his time in Europe drew to an end, the Earl of Leicester, his uncle, suddenly summoned him home. To London he went, and took his place at Court and served with success.

When Elector Frederick III died in 1576, Queen Elizabeth sent Sidney to console the Elector’s two sons, Lewis and John Casimir. Beyond this, and more covertly, Sidney’s mission was to explore ways of forwarding a Protestant league among the princes of Germany. He traveled with Hubert Languet to Heidelberg and then on to Prague, where Rudolph was holding court. Sidney had some success with Casimir. But his address to the emperor, advocating a general league against Spain and Rome, had no effect.

Sidney returned home through the Netherlands where he conveyed Queen Elizabeth’s congratulations to William of Orange on the birth of his first child (who was Elizabeth’s goddaughter.) In fact, Sidney stood in for Elizabeth at the child’s baptism. William would later ask Fulke Greville to tell Elizabeth “that her Majesty had one of the ripest and greatest counsellors of estate in Sir Philip Sidney that…lived in Europe.”

When he was safely back in London, Sidney joined in the life of the court again, but with little relish.

Sidney had to follow the queen on progress, trifle with her ladies, join in game of skill and knightly exercises with the gentlemen about Court. Yet it is certain that this life wearied him. He was fore ever seeking to escape; at one time planning to join Prince Casimir in the Low Countries; at another to take part in Frobisher’s expedition; and more than once contemplating “some Indian project.”7John Addington Symonds, Sir Philip Sidney (New York: Harper & Brothers, 1899), 43.

In 1578 Sidney wrote a masque called “Lady of May” to honor Elizabeth’s visit to his uncle’s home. It was his first literary work. But shortly thereafter he wrote something more in keeping with his political passions: a letter arguing against the proposed marriage of the Queen to the Duke of Anjou, a move intended to seal an English and French alliance against Spain. Elizabeth received the advice, but bristled at the correction. Sidney wisely withdrew from court and spent a year with his sister, Lady Pembroke. Finally, Sidney had time to write: he wrote the first version of Arcadia, continued Astrophel and Stella, and began his Defense of Poesy.

In 1583 Sidney was knighted so that he could stand in for his absent friend John Casimir whom Elizabeth wished to make a Knight of the Garter. Soon after Sidney received an appointment to work with his uncle, the Earl of Warwick, in overseeing preparations for a war with Spain. In the fall Sidney married Frances Walsingham. His new father-in-law was Elizabeth’s informal spymaster, “the Father of Modern Intelligence,” and because of his extensive network of contacts, Sidney became a useful source of information. During this time, Sidney continued his literary pursuits, beginning a versification of the Psalms, translating Sepmaine (The Seven Days of Creation) by the Huguenot Du Bartas, and beginning a translation of Duplessis-Mornay’s Trewness of the Christian Religion.

In 1584 William the Silent was assassinated, and Spain pushed its advantage in the Netherlands. Elizabeth finally consented to allow organized intervention. She put the Earl of Leister in charge. She made Sidney governor of Flushing in the Netherlands, where his chief concerns became getting pay for his soldiers and salvaging some kind of military advantage.

After a successful raid on Spanish forces near Axel in July, 1586, Sidney joined Sir John Norris in the Battle of Zutphen. There a musket-shot broke Philip’s thigh bone. “The horse he rode upon, was rather furiously cholleric, than bravely proud, and so forced him to forsake the field.” As Philip passed “along by the rest of the Army, where his Uncle the Generall was, and being thirstie with excess of bleeding, he called for drink, which was presently brought him; but as he was putting the bottle to his mouth, he saw a poor Souldier …gastly casting up his eyes at the bottle. Which Sir Philip perceiving, took it from his head, before he drank, and delivered it to the poor man, with these words, Thy necessity is greater than mine. And when he had pledged this poor souldier, he was presently carried to Arnheim.” Gangrene took hold of his leg, and with the help of doctors, he died twenty-three days later. He was buried in St. Paul’s, with rites unequalled until Nelson’s funeral-unequalled for a commoner until Churchill’s. The people of London saluted Philip Sidney’s passing with the words, “Farewell, the worthiest knight that lived.”8Sir Fulke Greville’, Life of Sir Philip Sidney. (Oxford: Clarendon Press, 1907), 128-130.