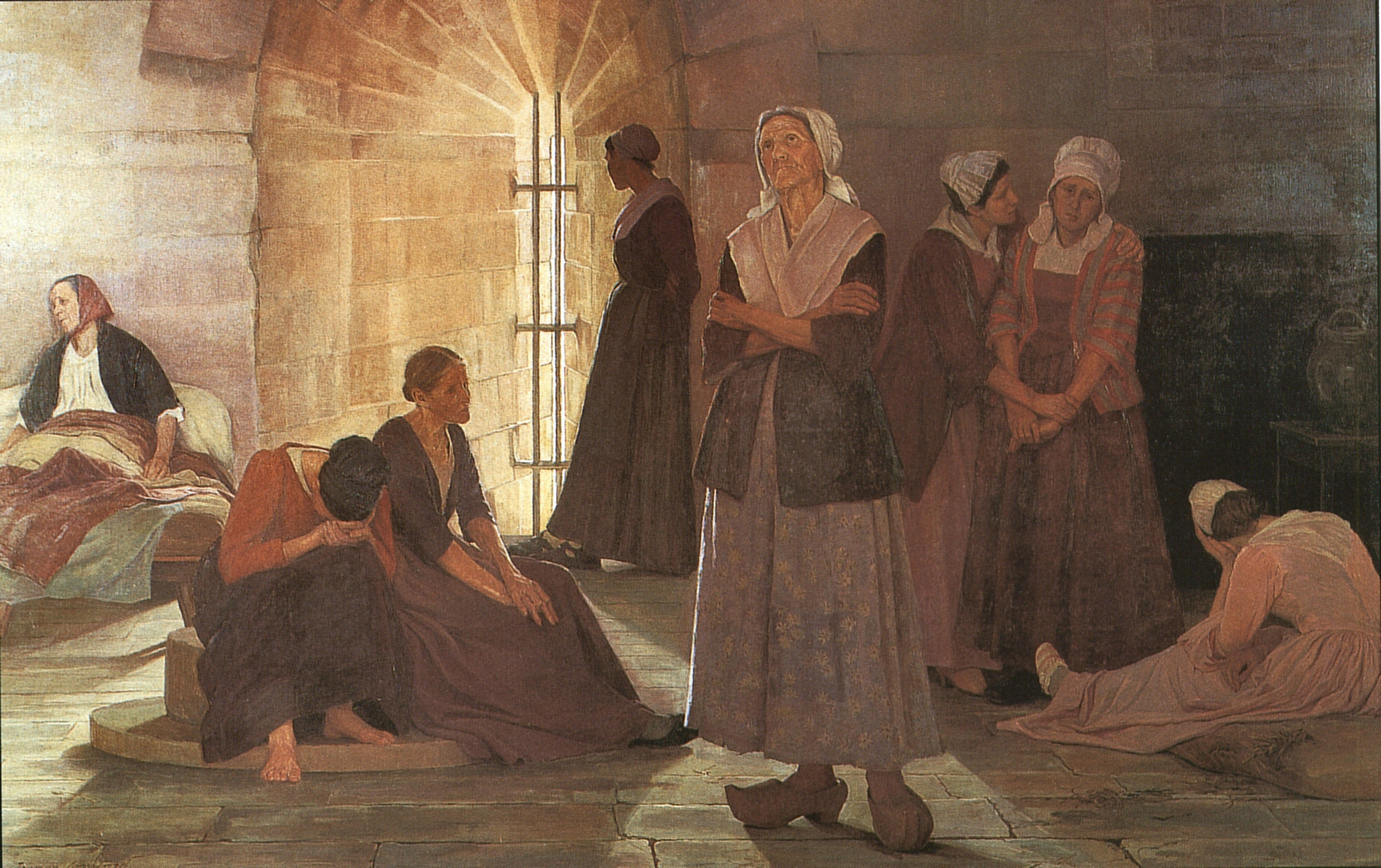 With the revocation of the Edict of Nantes in 1685, Louis XIV reinstated Roman Catholicism as the only authorized religion in France. Protestant worship and education were expressly forbidden. The French Protestants, or Huguenots, were faced with two options: they could leave France, or suffer the penalties imposed by the law for practicing their faith—imprisonment, death, or life as a galley slave. In 1598, the Edict of Nantes had been introduced, guaranteeing certain religious rights to the Huguenots. These rights suffered steady attacks throughout the 17th century, resulting in increased restrictions on those practicing the Protestant faith.

In 1715, thirty years after the revocation of the edict, Marie Durand was born. Marie grew up in a time of uncertainty and persecution for Huguenot families, for Louis XIV’s death in the year of her birth provided them with no reprieve. His successor, Louis XV, intended to pursue what he viewed as the eradication of the Protestant heresy, a goal which Louis XIV had not been able to accomplish. Many Huguenot families were not able to leave France, and to avoid persecution they began to practice their religion in secrecy.

Marie grew up in a home equipped with hiding places for the family Bible and even for family members. When Marie was a young girl, her mother, Glaudine, was arrested after attending a secret Protestant service and died shortly thereafter. Marie’s brother, Pierre, eleven years her senior, became one of the “pastors of the desert.” These men preached in open fields, in caves, and in homes, to those in exile and to those in hiding, in continued defiance of the strictures placed on them by the French monarchy.

Marie’s father, Etienne, was arrested in 1728, and Marie and her newly wed husband, Matthew Seres, were apprehended in 1730. Marie was interred in the Tower of Constance in Aigues-Mortes. She was then but fifteen. She never saw her husband again.

The French dragonnades —military units organized for the express purpose of seeking out Protestants—attempted to use Marie and Etienne’s arrests to get Pierre’s attention. The authorities promised to set Marie free if Pierre would turn himself in, but Marie urged him not to yield to these offers. Pierre continued to preach until he was arrested on February 12, 1732. He was found guilty of disobeying the king’s orders, and judgment was passed upon him. On April 22, 1732, this judgment was carried out—death by hanging.

Because Marie would not renounce her faith, she remained locked in the Tower of Constance for almost thirty-eight years. Originally a military lookout and lighthouse, the Tower of Constance had been converted by King Louis XIV into a women’s prison in the 17th century. Very little light and air came through the narrow openings in the walls that served as windows. During her time of imprisonment there, it is reported that Marie was a great encouragement to the other women with whom she was imprisoned. She served them in many capacities, including nurse and spiritual leader. She read psalms, sang hymns, and prayed daily. She also acted as an official correspondent, penning letters for those who could not write and sending petitions to government officials to inform them of the prison’s horrible conditions. Many of her letters still exist today and are a testimony to Marie’s tireless efforts. She never wavered in her strength or faith.

In 1767, Prince de Beauveau, the governor of Languedoc, perhaps enlightened by one of Marie’s letters, expressed his disapproval of the horrific conditions the women endured inside the Tower of Constance. Against the will of Louis XV, he ordered their release, and in 1767 Marie and her fellow captives began a new life outside the tower walls.

Marie returned to the home of her family, though by then she was the only surviving member of the attack that had been mounted against their faith. She lived there, supported by a church, until her death in 1776.

Ascribed to Marie’s hand, one word remains still visibly etched on the cold stone walls of the Tower of Constance: “resister”—to resist.

2) Durand, Will and Ariel. The Story of Civilization, Part VIII: The Age of Louis XIV. New York: Simon & Schuster, 1963;