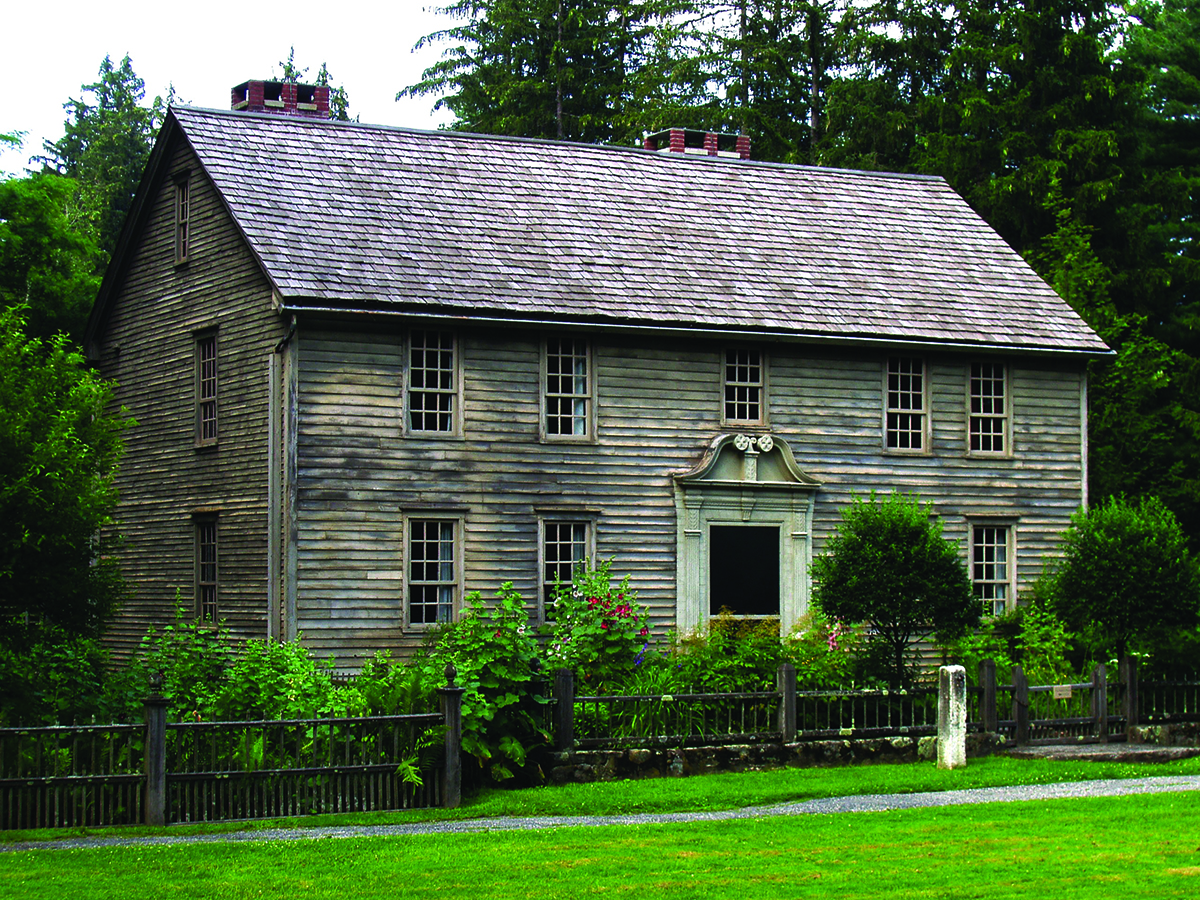 In their first 125 years of white contact, eastern seaboard Indians were introduced to diseases like measles and smallpox. The fur trade brought deadlier warfare and a dependence on white goods including “firewater”—especially rum. The once-mighty Mohican nation was so greatly reduced in number that they had lost much of their culture. Without a written language, beliefs and practices needed to be handed down orally from one generation to the next, and the wave of deaths that coincided with the fur trade proved to be too disruptive. The traditional religion of Mohicans living in two villages on the Housatonic River in what is now western Massachusetts was no longer intact. They held a variety of beliefs, some of which had come from their Dutch and later British neighbors.1Frazier, Patrick. The Mohicans of Stockbridge (Lincoln: University of Nebraska Press, 1992), 1-27.; Wheeler, Rachel M. To Live Upon Hope: Mohicans and Missionaries in the Eighteenth-Century Northeast (Ithaca: Cornell University Press, 2008)

In 1734, at a council held by the leaders of the Housatonic Mohicans, it was decided that the two villages would receive a missionary and a schoolteacher. Less than a full year later, the larger Mohican nation held its own council during which it conferred approval on the budding mission. It was not only Mohicans, but a variety of Algonquian-speaking remnants that came to hear Rev. John Sergeant preach and joined a community known to whites as “Indian Town” until 1739 when it became incorporated as Stock-bridge.2Frazier, Mohicans of Stockbridge

John Sergeant became dreadfully sick in 1749 and, after suffering for a few weeks, he died. He had baptized 182 Indians at a time when baptism was a rather exclusive rite among Calvin-ists.3Hopkins, Samuel Historical Memoirs, Relating to the Housatunnuk Indians…. (Boston, N.E. Printed and sold by S. Kneeland, 1753) 12. After two years without a regular missionary in the town, the famous theologian and preacher, Jonathan Edwards accepted a call to serve the Indians at Stock-bridge. The title of Edward’s famous sermon, “Sinners in the Hands of an Angry God,” may sound harsh or punitive to many modern Americans, but Edwards has not been given enough credit for the balance that he strove to keep between damnation on the one hand and God’s desire to save us on the other.4Wheeler, To Live Upon Hope, 208.

That balance has been borne out in recent research. Historian Rachel Wheeler compared the sermons Jonathan Edwards delivered to whites with the sermons that he preached to the Stockbridge Indians. She found that Edwards spoke of an “arbitrary, indifferent and wrathful God” in his sermons to whites, while his sermons to the Indians were “about the desire of Christ to save them.” Unlike Sergeant, Edwards didn’t learn the Mohican language well enough to preach in it, but his sermons translated well. According to Edwards’ biographer, George Marsden, his sermons made use of “narratives and plain, vivid metaphors.”5Marsden, George M. Jonathan Edwards: A Life (New Haven: Yale University Press, 2003) 393.

In regards to his Native charges, Edwards observed “they esteem it as a great thing to be able to read and understand the Bible.”6Quoted in Frazier, Mohicans of Stockbridge, 14. Even from a secular viewpoint, that was a good thing; the Indians were adapting to a changed world.
But, unfortunately, some things didn’t change en-ough. The motivation of the British in establishing the Stockbridge mission was far from altruistic. The mission was established at a militarily strategic location. As a result, the Stockbridge Mohicans were essentially dragged into fighting the French and Indian War. By fighting for the British the Stockbridge Indians ironically made their homeland safe for white settlement.

Jonathan Edwards accepted another call and died soon afterwards. Edwards, John Sergeant, and the schoolteacher, Timothy Woodbridge had advocated for the Stockbridge Indians against a growing number of white residents of the town who wanted segregation, more land, and a more secular agenda. But following Edwards’ death, a period began that was named “the great land grab” by historian Lion Miles.

Despite no longer owning much of the town that had been set up for their benefit, the Stockbridge Mohicans fought gallantly for the thirteen colonies in the American Revolution. Widows whose husbands paid the ultimate sacrifice received nothing more than a wool blanket.7Calloway, Colin G. The American Revolution in Indian Country: Crisis and Diversity in Native American Communities (Cambridge: Cambridge University Press, 1995) 104. And it was more difficult to resist the temptation to drink on the warpath than it was at home. Understandably, the mission at Stockbridge, Massachusetts—like other missions of its time—has taken its share of criticism for having been ethnocentric in its focus and goals. However, on the other hand, there should be no doubt that the Indians would have been better served if the focus remained on educating and preparing them for an already-changed world, rather than using them to fight the white man’s wars.