Although the public’s morbid curiosity is fed by those “Where are they now?’ updates on child stars who ended up penniless and in rehab,

Christians seem more interested in the backstory, the “testimony” outlining how someone got from there to here. In order to be a good history editor, you really have to love following rabbit trails, which is precisely what I was doing when I ran across the story of Roger McGuinn’s conversion.

Roger is a pretty good guitar player, and has spent the latter part of his life travelling around the country with his wife Camilla giving concerts and visiting antique shops. I’ll admit that one of the things I really like about McGuinn is that after he became a Christian, he didn’t immediately switch to singing sappy Christian pop. In fact, he just kept on singing folk music, which is what he still does today. Actually, he always sang folk music, even during his “famous” period, we just didn’t recognize it as folk because of the “jangle”.

I didn’t know it was called that back then. All I knew was that Mr. Tambourine Man was an incredibly infectious song. All someone had to do was mention the title and I’d be humming it most of the day. Then came Turn! Turn! Turn!, again by a group called The Byrds, with that jangly guitar. It was practically word for word from Ecclesiastes 3, “To every time there is a season….”

While the King James language made Turn! Turn! Turn! immediately familiar to a broad demographic, it was the driving jangly guitar that made the tune impossible to get out of your head. It turns out that the distinctive sound of “jingle jangle” was largely a Roger McGuinn invention. A fan of the Rickenbacker 12-string guitar, he was looking for a way to stretch the tones, to get that “ring out” that the Rickenbacker just didn’t sustain. He ended up running the sound through two compressors and the result is that familiar jingle jangle sound.

When McGuinn then made his Rickenbacker sound like John Coltrane’s sax on Eight Miles High, his reputation as a guitarist and innovator was established beyond question. All the while thinking he was playing folk music, it must have come as quite a surprise when the group he co-founded, The Byrds, were feted as rock and roll superstars.

Ah, but then comes Roger McGuinn’s conversion story which is just messy. I don’t like lots of it because it keeps introducing events that don’t happen in your average Presbyterian church and make it hard to process for your typical Reformed guy like myself. It was the Sixties and McGuinn played in a rock band, and so the story wouldn’t be complete without the usual spiral into drugs and a dalliance with a religious cult. The drugs were the usual—LSD, marijuana, cocaine. The religion, however, was distinct enough from the other Sixties goofiness to bear a closer look.

It was called “Subud,” and if you were really lucky, it would get your consciousness soaring up toward the Seventh Heaven, which is where Subud’s founder, Muhammad Subuh Sumohadiwidjojo, was when he was exposed to all kinds of deep insights. Sadly, none of those insights was a cure for cancer, or a better recipe for chocolate chip cookies. Instead, it was the usual twaddle one might expect if one has fallen asleep and then felt one’s body “lengthen, widen and expand into a sphere” soaring off to infinity and beyond.

“Bapak”, as Subud’s followers called their founder, thought that the new member Jim McGuinn was being held back from becoming one with the universe because he was named “Jim”. Seriously, you can’t very well soar to the Seventh Heaven with a name like “Jim,” so he asked McGuinn to send him 10 possible name changes, stipulating that they must all begin with the letter “R”. Bapak didn’t like “Retro” or “Ramjet”, two of McGuinn’s proposed names, and selected the only common name on the list—Roger. And no, I am not making this up. Remember, it was the Sixties.

So one day, Jim a.k.a. Roger is performing at a concert when he notices a guy with a ridiculous smile standing near the stage. The guy won’t quit smiling and it’s driving McGuinn crazy. “What are you smiling at?”

“God just told me he’s going to save you,” came the reply, or words to that effect. Hard to hear at a rock concert. 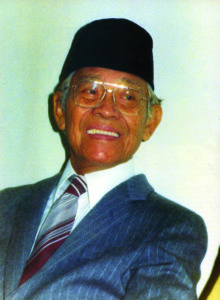 Like I said, it’s just messy. And by that I mean we don’t know who this kid was, or why he said what he did, or whether either of them were lucid. And we would dismiss it, except that God did save Roger McGuinn. And now we’ve got one of those people like the Demoniac in the graveyard or the guy who couldn’t walk who got healed and is now running up and down the church aisle “leaping and praising God.”

Don’t get me wrong about all of this. I’m not being ironic. It does make me uncomfortable. I’m convinced that prophecy in this age has ceased and that someway, somehow it all happened differently, but I am also convinced that we should celebrate that another soul was brought to Christ whether we understand the how of it all, or not.

Turn! Turn! Turn!, by the way, was written by Pete Seeger (and, of course, King Solomon). Why a communist party member like Seeger would choose a passage of Scripture for song lyrics is another one of those things that defies logic, like being lectured by Balaam’s ass. Seeger’s original manuscript ended up in the archives of the Communist Party USA which quietly donated the embarrassing document to New York University in 2007. Gloriously messy.

The Carol that Stopped a War

Of Popes and Pirates