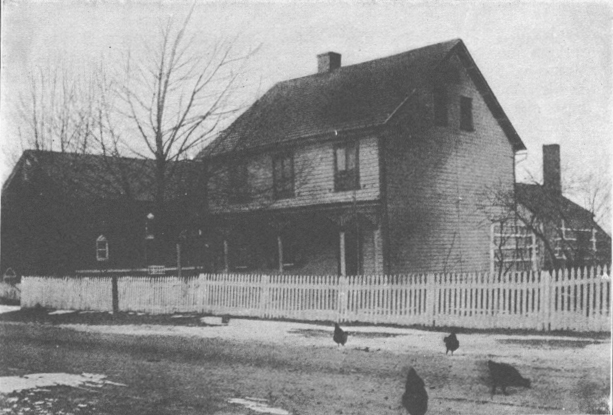 The training of pastors is an ever-present challenge for the Church, but particularly so for immigrant churches. As the new generation confronts the challenges of language and culture, the difficulty lies in knowing the difference between maintaining fidelity to the truth and mere cultural sentimentality. Below is the story of how one immigrant church—the German Reformed—adapted their European heritage that stressed an educated ministry, to the largely untamed New World.

During the residence of Dr. Herman at Falkner Swamp, he instructed a considerable number of students, all of whom ever afterwards regarded him with the utmost reverence and affection. At the time when Rev. Dubbs first visited him he had five students, besides several of his own sons. These he had organized into a regular school which his students afterwards playfully called “The Swamp College.”

The discipline of this primitive “college” was of the strictest character, though easily enforced, as all the students were thoroughly in earnest, in endeavoring to secure an education. All day long they labored uncomplainingly never asking for a vacation or even a holiday: and only allowed themselves the occasional recreation of a game of quoits or “long bullets,” or perhaps of going to the woods, in the evening, to hunt for “coons.” 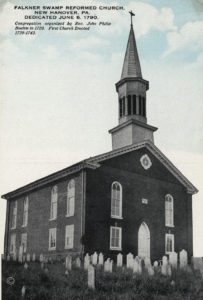 In the instruction of his students, Dr. Herman had to labor with peculiar difficulties. Some of them had received very little prep-aratory training; considerable time was, therefore, necessarily devoted to primary studies. Of course, it was his first object to render his students thoroughly familiar with the German language, and he spared no pains to teach them to speak it in all its purity.

In teaching Greek and Latin, Dr. Herman pursued the system to which he had been accustomed in Germany, and which is known in England as the Hamiltonian system. He began teaching Latin, for instance, by dictating a series of Latin words, with their definitions, which the student was required to commit to memory, and afterwards to form into sentences, when the grammatical rules were communicated to him incidentally, and most generally in rhyme.

He was also fond of decimating his words and definitions in rhyme like the following of which he remembered a great number, and which had the advantage of being easily committed to memory:

And so on for half an hour.

In Greek it was Dr. Herman’s main object to teach his students to read the Greek Testament, a considerable portion of which he examined exegetically in their presence. Hebrew, as is even now too frequently the case, was somewhat neglected; and his students accomplished little beyond filling a small volume with exercises, and reading a few chapters from the Hebrew Bible.

In teaching theology, Dr. Herman employed a manuscript compendium of the lectures of his favorite professor, Dr. Mursina, of Halle, with numerous original modifications and additions. This volume every student was required to transcribe, reciting a section every day to his preceptor. In a similar manner a large volume of lectures on church History was copied and recited.

The next apparent defect in the “Swamp College” was its utter neglect of the English language; for though Dr. Herman—whose wife was a native of New Jersey—spoke English freely with his family, he never employed it in the classroom. Nothing, however, could have been further from the minds of his students than the anticipation of preaching English. Some of them, indeed, afterwards accommodated themselves to inevitable changes, and became good English preachers; but at the time of which we write, no one supposed that the English language would ever be employed to any extent in the Reformed Churches of Pennsylvania. It was at a considerable later period, it may be remembered, when a President of Synod, on being addressed in that hated tongue, solemnly anathematized the English language.Swamp-Church

With all its defects, the old “college” performed a good work in preparing faithful pastors for our churches, and should be held in grateful remembrance. It is a source of regret that Synod did not, by extending a few words of encouragement to its founder, induce him to make it the basis of a regular classical institution.

Dr. Herman highly valued his old album, or hortus amicorum, as it was called in those days. It contained autographs and words of affection from his early teachers and friends, and its contemplation no doubt afforded him many moments of serene pleasure.

There was one page in this column, which, on account of its quaintness, we would like to reproduce; but as this is impossible, we will endeavor to relate its story as nearly as possible in Dr. Herman’s own words.

There was among his friends, in Germany, a young lawyer, who wore a heavy beard which was a very unusual thing in those days. Though a good fellow, in the main, he had the disagreeable habit of calling ministers “Pfaffen,” a term which is even now resented as conveying the utmost contempt. One day he was requested by his friend Herman to write in his album, and at once dashed off the following stanzas:
Schoene Maedchen sind geshaffen
Fuer Juristen, nicht fuer Pfaffen;
Darum waehlt ich diesen Orden,
Sonst waer ich ein Pfaff geworden.

The retort is so keen that it seems a pity it cannot well be translated, but as there are some persons even now, who might imagine it directed against themselves, it is perhaps the part of wisdom to suffer it to remain undisturbed in the original.

And all who use the term “Pfaffen”
Are counted—with hairy faces—
Among the apes!