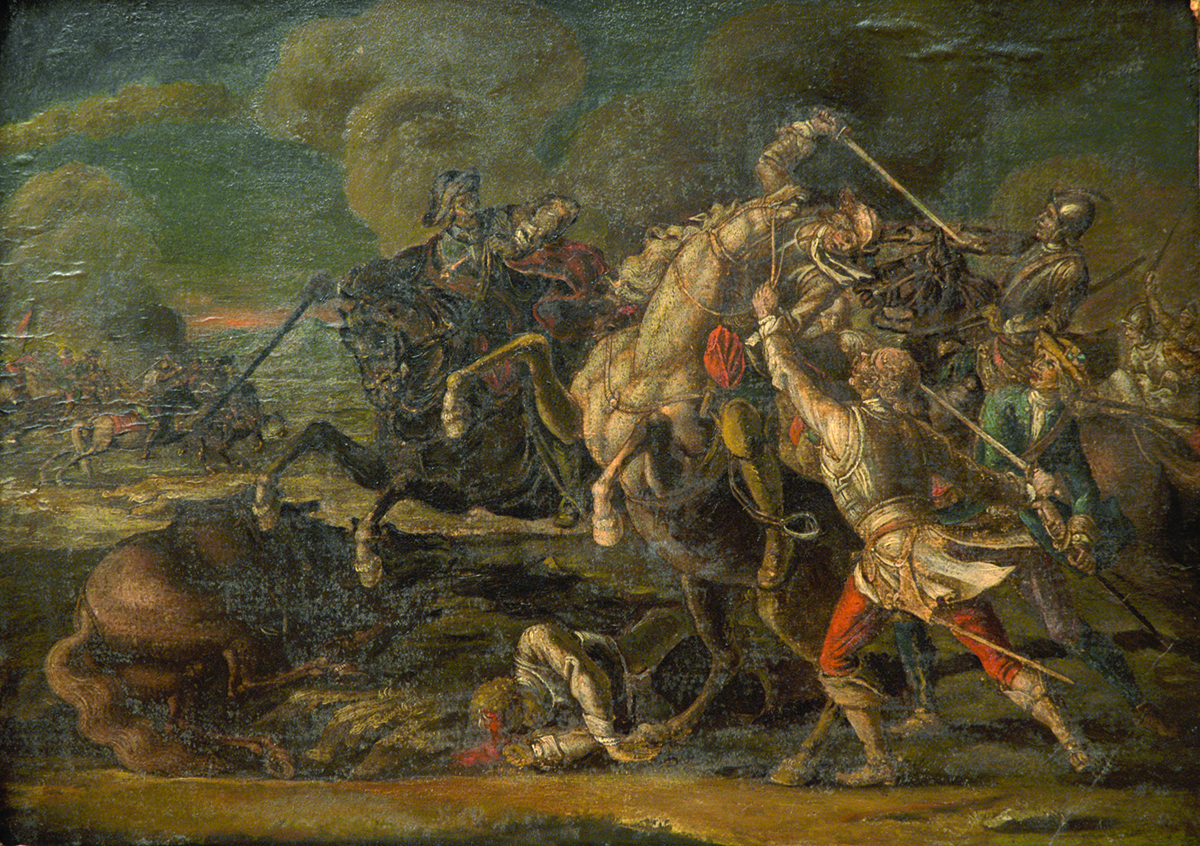 In April 1598, Henry IV signed the Edict of Nantes and during the following years the religious wars that ravaged France came grinding to an end. Protestants were granted limited civic rights and the liberty to worship according to their convictions. This “fundamental and irrevocable law” was maintained by Henry’s son, Louis XIII, but in October 1685, Henry’s grandson, Louis XIV, revoked the Edict by issuing his own Edict of Fontainebleau. This revocation was the culmination of Louis’ desire to impose a single religion on France: the religion of Rome. The effects of the revocation were swift and sanguine. In the south of France there was a group of Huguenots who struggled to maintain their Reformed distinctives and resisted the tyrannical power of the Sun King. The story of the Camisards is one of zeal, faith and an amazing ability to adapt and improvise.

The Edict of Fontainebleau was not the beginning of trouble for the Reformed Christians of France. In 1661, Louis began to pare down the protections of the Edict of Nantes; in 1681, he instituted a policy of billeting royal troops in the homes of Protestant families. Louis wanted the Protestants to return to Rome and the royal dragoons were to be the means of coercing the stubborn Huguenots into submitting to the royal will. The dragoons were notorious for their barbarism and the Huguenots suffered greatly at their hands, especially in the Cévennes region in the south of France. Contrary to Louis’ desire, this policy of the Dragonnade only served to harden the resolve of many of the Reformed believers. Realizing that military intimidation was not working, Louis decided to use the power of the edict as well. Upon issuing the Edict of Fontainebleau, the rights and protections that the Huguenots formerly enjoyed were set aside and, almost immediately, violent persecutions began.

Within a few weeks of the revocation, under the direction of the administrator of Languedoc, Nicolas Lamoignon de Bâsville, over 2,000 churches were burned; their pastors and worshippers were captured and later exiled, killed, tortured or sent to the galleys. In their place, between the years of 1686 and 1702, seventy-five missionary priests were sent into the Cévennes in order to convert the recalcitrant Huguenots under the leadership of Abbot François Langlade, Archpriest of Cévennes and Missions Inspector. Reformed worship and private Bible reading were outlawed. Many were forcibly gathered by soldiers with tiny crosses on their muskets and compelled to sign papers attesting that they had “converted,” but they refused to attend Mass more than what was compulsory in a passive resistance. Many of the Huguenots fled to neighboring countries who gladly received them. Once Louis realized that many of his most talented artisans and craftsmen had fled, he closed the borders. It was at this point that an underground movement began. Secret meetings were held and, due to the absence of ordained pastors, “lay preachers” began to lead the small, clandestine groups of the faithful; they preached and, at times, administered the sacraments. The lay preachers were from every walk of life; most were uneducated tradesmen and farmers, but they had a zeal for the truth that was reflected in their sermons. Exhortations to repentance and faithfulness were hallmarks of their preaching.

As the persecutions raged, the small groups began to be quite ingenious in disguising their meetings. They would carry individual, ordinary looking slats of wood that could be assembled into a pulpit in some remote location, or could quickly transform a pulpit into a ladder in the event royal troops appeared. Nevertheless, many meetings were discovered and several prominent lay preachers were killed. Among the more notable lay preachers at this time were François Vivent and Claude Brousson. Here at the end of the 17th century, Vivent added a new element to the meetings of the Reformed. He exhorted his flock to arm themselves in case they were attacked by the royal troops. This was now not only a religious resistance, but it was also becoming a military resistance. Vivent was killed in 1692 and Brousson was killed in 1698. Thus was the first wave of persecution and resistance, but a second wave was about to overwhelm the Cévennes region.

Not only had the Huguenots begun arming themselves, but around 1700, the preaching began to take on a different tone. In the towns of Dauphiné and Vivarais some of the lay preachers began to make authoritative “prophetic” pronouncements. This movement spread to the Cévennes region and a new group of lay preachers emerged: the “Prophets.” They prophesied of the coming destruction of the Beast of Revelation, that is, the Church of Rome, and that their churches “shall be burnt down and there shall be great affliction.” One of the leading prophets, Abraham Mazel, had a dream in which he saw black oxen in a garden. He heard a voice telling him to chase them away. He believed that this was divine instruction to take up arms and fight back against those who persecuted these little assemblies. The seeds of open war were being sown and taking fruit among the Huguenots. The harvest was very near.

In July 1702, seven young people were traveling to Geneva. Father Langlade arrested them as they were on their way. The three young women were sent to a convent in Mende, and the four young men were held in Langlade’s home at Pont-du-Montvert. This caused a sensation in Cévennes. Pleas for mercy from the parents were ignored and this was the spark that ignited southern France. On the night of July 24, about sixty armed men led by Mazel and Esprit Séguir, surrounded Langlade’s home. Langlade asked, “What have you come for?” The answer came, “We want the prisoners back, on God’s behalf.” This demand was met with silence. At this, the door was broken down and a fire was set to the staircase. Those in the house, including Father Langlade, tried to escape by jumping out of the window. Langlade broke his leg and was captured. He was taken to the village bridge and killed. The next day, two more priests were killed; soon thereafter a family was killed. The response was swift. Royal troops descended on Pont-du-Monvert and many of the leaders of the uprising were captured and sentenced to death, including Moïse Bonnet, Pierre Nouval, and Esprit Séguir who was burned alive. The War of the Camisards had begun. 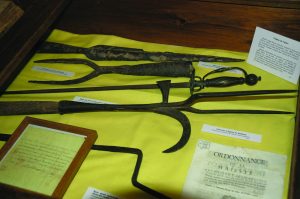 The meaning of the word “Camisard” is somewhat mysterious. Some assert that it is from camise, a shirt worn over their clothes to identify them. Others say it is from camus meaning, “paths,” in recognition of their intimate knowledge of the geography of the Cévennes region. Whatever the derivation, the Camisards preferred to call themselves Enfants de Dieu—Children of God. On September 11, 1702, the forces of the Camisards met royal troops in a battle at Champ-Domergue. Neither side was clearly victorious, but the fact that these villagers stood before trained troops of the strongest army in Europe was an indication that Louis’ army was not going to rout the Camisards. On October 22 of the same year the forces met again at Télémac. This encounter brought two men to prominence in the leadership of the Camisards: Jean Cavalier, and Pierre Laporte whose nom de guerre was “Roland.” They were 21 and 22 years of age respectively. Cavalier and Roland led the Camisards in what greatly resembled a modern guerrilla war. The Camisards had a loose organization and when the need arose the villagers would assemble and rush into the army while loudly singing psalms. After the battle, they would simply melt back into the countryside. One royal officer complained, “When those devils began singing their dreadful songs, we couldn’t control our soldiers.” As 1702 drew to a close, Cavalier led the Camisards to their first major victory by routing 700 troopers at Alès with only seventy men. The daring exploits of Cavalier and Roland inspired the Camisards, but they were also confident of victory due to the prophesying of the “Prophets.”

The year 1703 was to be one of blood. The year opened with another Camisard victory at Val-de-Barre, but on February 26, the conflict, which from the Camisard side had been primarily directed at the army, was now directed against civilians. The Catholic population of Freissinet-de-Fourques was massacred by the Camisards. This was followed by a series of defeats and civilian massacres at the hands of Marshall de Montreval. By August, Louis decided that the Camisards would not be able to continue their fight if the Cévennes region was put to the torch. Between October and mid-December, 466 villages were razed and the population was forcibly resettled to Catholic areas. In turn, Catholic partisans began arming themselves and contributed to the chaos and misery. “The Burning of Cévennes” did not have the desired effect. The people of Cévennes supported the Camisards even more.

The year 1704 also opened with a Camisard victory, this time at Devois de Martignargues. Louis replaced de Montrevert with Marshall de Villars, but before de Montrevert left, he soundly defeated Cavalier at Nagres on April 16. Three days later, something even more disastrous happened to the Camisard cause. Part of Cavalier’s success was due to the secret cache of food and ammunition that he used to support his fighters. Royal troops discovered his stores and the next day the new royal commander, de Villars, suggested negotiations: Cavalier accepted the offer. Cavalier’s dash and daring on the battlefield were not matched by strong negotiation skills. The two met at Nîmes along with the administrator, Bâsville. Cavalier accepted what amounted to unconditional surrender. While the terms of surrender were sent to Versailles for Louis’ approval, Cavalier’s troops waited. While they waited they gathered in assemblies; they sang Psalms, prayed, and preached, all the while expecting to have their liberties restored. Louis was not so gracious. The Camisards had to choose between exile, and induction into the royal army; religious liberty was not offered. Cavalier lost support among the other Camisard leaders and he left with 100 men and ultimately served the Duke of Savoy.

During Cavalier’s negotiations, other battles were taking place. Roland successfully ambushed at Plan-de-Fontmort. After hearing of Cavalier’s surrender, Roland decided to continue the fight in hopes of enlisting foreign support. He was betrayed and killed near Uzés on August 1, 1704. On September 13, the remainder of Cavalier’s men fought under his subordinate at Saint-Bénezel and were defeated in the last major battle of the war. After this time, the Camisards began to split up and surrender. Almost all of the Camisard leaders left France. Cavalier eventually went to England and Mazel eventually went to Switzerland. For the next six years or so there were occasional uprisings, but nothing ever reached the level of the years 1702-1704. Some of the leaders, such as Jacques Bonbonnoux and Pierre Cortiez, stayed and continued to lead their tiny assemblies.

In 1715 Louis XIV died and the work of restoring and reforming the French Reformed church began in earnest. The suppression of the Camisards had changed public opinion regarding religious intolerance. For the next 45 years the underground church was greatly assisted by Antoine Court who helped to organize the church and establish a theological school in Lausanne in order to provide an education to the Protestant leaders. By 1787, Louis XVI had been compelled to issue the Edict of Toleration, thus ending religious persecution under the Bourbons. While not always fulfilling the ideal of Christian piety, the zeal and bravery of the Camisards were part of the ultimate victory of religious toleration in France.