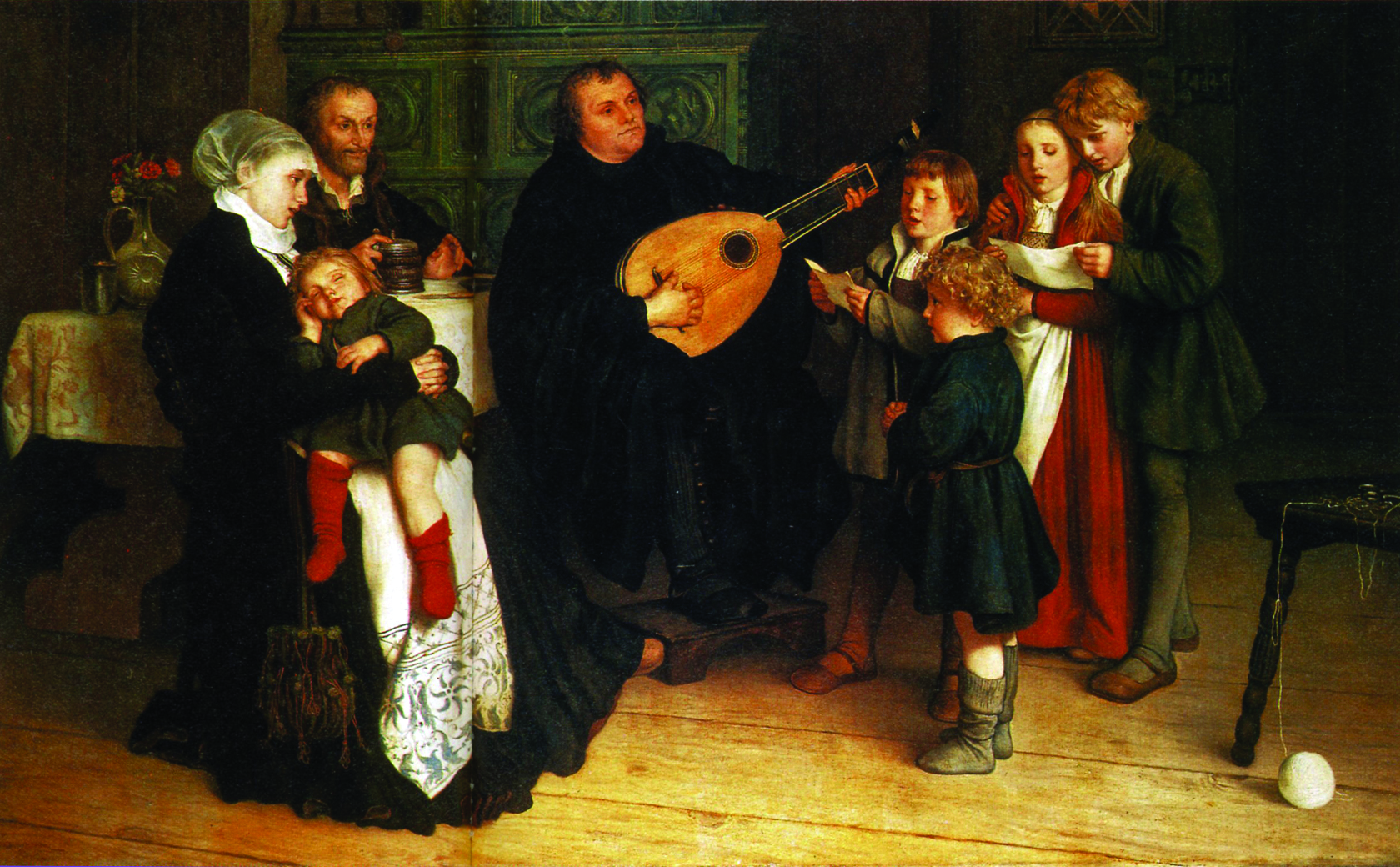 On April 4, 1523, under cover of darkness, twelve nuns from the Nimbschen nunnery climbed out of a window and crept into the back of Leonard Koppe’s wagon bound for Wittenberg. One of the nuns, feisty, red-headed, Katherine von Bora, had entered a convent school at age five when her mother died. At age 16, she took vows of chastity, poverty, and obedience.

A few years earlier Katherine and the other sisters had heard of the radical teacher from Wittenburg, Martin Luther. While they continued to chant prayers and embroider, their whispered conversations centered on the monk’s audacity to refute the church’s sale of indulgences as a means to receiving forgiveness of sins. One of the women, Magdalena von Staupitz, wrote Luther saying some of the nuns wanted out of the nunnery and asked for his help. Luther responded that if the elders in Torgau would plan the escape, he would find homes and husbands for the women.

In the next two years Luther helped eleven of the women find husbands. For the twelfth escapee, Katherine von Bora, he was unsuccessful. While working for a wealthy family, she became engaged to Jerome Baumgartner, a student. But he left Wittenberg and when word reached Katherine that he was engaged, she was heartbroken. Another suitor, Dr. Glatz, showed an interest in the ex-nun, but she spurned his attention. Secretly, she had set her sights on Luther. While he encouraged other exmonks to marry, he never planned to marry. As a hunted heretic, his life was often threatened and could end at any moment. No one is sure what changed Luther’s mind, but on June 13, 1525, Katherine, age 26 and Luther, 46, married in a quiet ceremony. News of Luther’s marriage rocked the western world. Hadn’t the ex-nun and monk taken irrevocable vows? Many openly opposed the union, predicting the marriage would produce the antichrist. Luther explained that he married to “please his father, tease the pope, and spite the devil.”

The Luthers’ first home was a forsaken monastery in Wittenberg. In spite of the critics, Katharine proved capable of handling the problems that beset their marriage. She managed their finances, freeing her husband to teach, preach, and write. Luther suffered from depression and various diseases which Katherine treated with herbs, poultices, and massages. She operated a brewery, bought cattle, drove a wagon, and maintained a garden and an orchard. Humorously, Luther said she also sometimes found time to read the Bible.

Often as many as twenty-five guests gathered around Katherine’s table as she took in refugees fleeing persecution, student boarders, four orphans of relatives, and the many others guests who came to consult with her famous husband. Luther recognized his wife’s able management and said he wouldn’t trade his Katie for France and Venice.

Katherine and Luther had six children. But diseases dealt harshly with the young during the Middle Ages and the couple was saddened when a daughter died at eight months and another at age fourteen.

In 1546 Luther became ill while away from home and died without his beloved Katie at his side. His body was returned to Wittenberg and buried in the cathedral church. War raged in Germany at that time, and a year after her husband’s death, Katherine, with the children, was forced to flee their home. They came back in 1547 to find the farm in ruins.

For a time the penniless widow took in boarders. Then a plague hit Wittenberg and again Katherine and her family fled. While enroute the horses bolted, Katherine fell from the wagon and received severe bruises. She died three months later.

Katherine Luther played an important part in the Reformation as she defined a role that had never before existed—that of the pastor’s wife. She also set the tone for future Lutheran parsonages; her home was a place of hospitality, open to friends, relatives, and strangers.

Perhaps Katherine Luther’s greatest legacy was her simple faith in Christ expressed when she declared, “I will cleave to my Lord Christ as the burr to the cloth.”