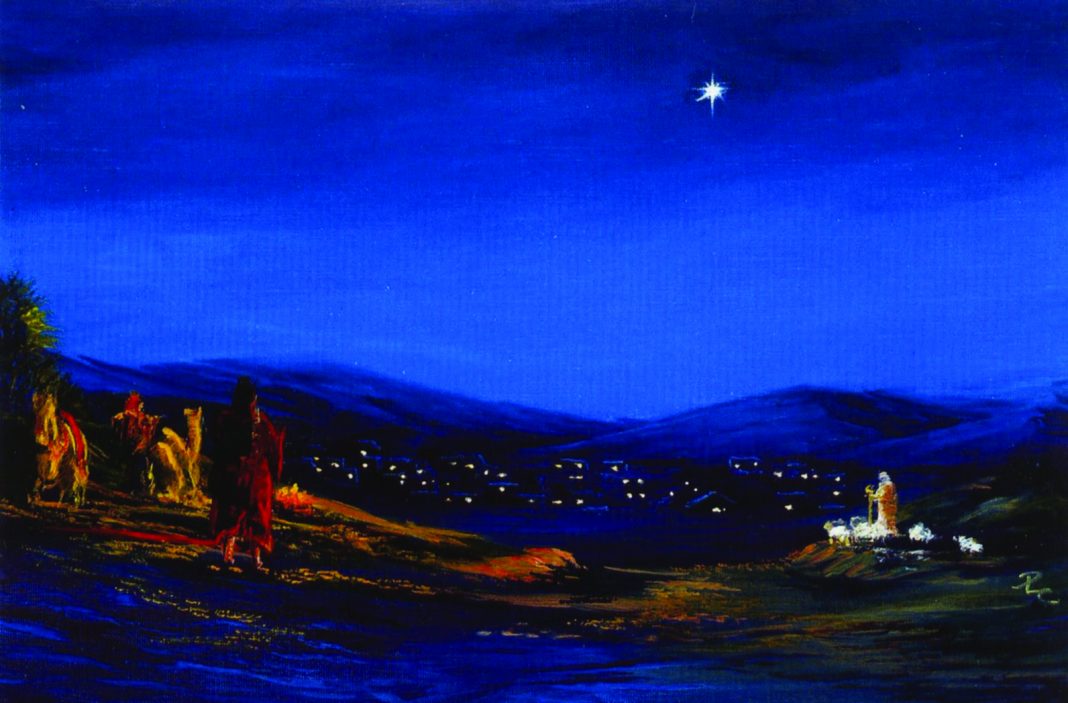 Despite our own often quite embarrassing pedigrees, we Christians can be quite unforgiving of the checkered past of others. We want our preachers squeaky clean (unless they have testimony of a previously debauched life that is particularly juicy). We also like to think that the music we sing has always kept the best company. Spoiler alert. You’ll get none of that with the story behind “O Holy Night”, at least not at first. Written for a Catholic Mass by a socialist wine merchant and a secular Jew, the words and music of this beloved hymn continue to be a favorite among believers the world over. Pretty stories are seldom interesting. While “O Holy Night’s” history is not much of the former, it is certainly a good deal of the latter.

The year was 1847, the place, a small town in France called Roquemaure. Placide Cappeau was known for two things; he was a purveyor of wine, and an occasional poet. Presumably, it was the reputation as poet that caused Cappeau’s parish priest to approach him one day and ask him to write a poem for the Christmas service. Cappeau was by no means a regular at the local church and, perhaps, this was the priest’s ruse to get him re-connected. (We suspect a lot of preachers and Sunday school teachers will nod in knowing agreement at this tactic). Since it figures into the story, we should also note that Cappeau was a socialist.

As the story has been handed down, Cappeau took pen in hand while on a coach ride to Paris and, with the Gospel of Luke opened on his lap before him, began to compose verse. The Incarnation story had a profound impact upon him and soon he had the completed work before him titled, in French, “Cantique de Noel.” It was obviously not lost upon Cappeau that what he held in his hand was something much more than a poem, it was a story that demanded to be sung.

One imagines that Cappeau didn’t think twice about approaching his Jewish friend Adolphe Charles Adams, given the low threshold for orthodoxy that his own involvement suggested. Adams was an accomplished musician and composer, classically trained and with a long list of credits to his name. The author of 39 operas, Adams was a better musician that businessman, as evidenced by his failed attempts to run an opera house in Paris. Like most composers of the era, he made his living playing the organ.

The Cappeau poem immediately brought to mind a piece Adams was already working on, and so the cut-and-paste work began to both score

and poem. The resulting composition, which he dubbed “la Marseillaise religieuse” (the religious Marseillaise) was completed just three weeks before the Christmas service where it became an instant favorite. The French Catholic Church was delighted with the work, and it spread throughout France, that is, until they figured out who wrote it. What was previously embraced was suddenly shunned because of its “total absence of the spirit of religion”.

It was a classic case of shutting the barn door after the horse was well on his way to town. The French people continued to sing it, and ten years later, a daffy Unitarian in the United States translated it into English. It’s only fitting, given the checkered origins of the song, to spend a moment on dear Rev. John Sullivan Dwight. Dwight fancied himself a music critic and thought the song splendid, but what really caught his eye were the words of the third verse, “Truly he taught us to love one another; his law is love and his gospel is peace. Chains shall he break, for the slave is our brother; and in his name all oppression shall cease.”

About the only part of Dwight’s theology worth mentioning was his abolitionism, a rare flower in an otherwise barren garden. While it did find an audience because of its timely verses, there is little doubt that the hymn would find the same sure place in American hymnology simply because of its soaring beauty and majesty.

Before we leave Dr. Dwight, we simply must mention his criticism of one Louis Moreau Gottshalk. Dwight fancied himself an expert on Beethoven and, perhaps, thought Gottshalk unworthy of the great composer. Gottshalk had attempted a Parisian education but was rejected by the French. The head of the piano faculty at the Conservertoire Pierre Zimmermann sniffed “America is a country of steam engines.” Gottshalk’s Jewish father and Creole mother probably did not help his case with either the French or Dwight.

Gottshalk did get a bit of revenge when he played one of his own compositions and another by Beethoven, but switched the composer’s names in the program. Only after Dwight wrote a public piece praising the former, and panning the latter, did Gottshalk write to Dwight and apologize for the mix-up, while thanking him for his praise.

At this juncture, the story of our Christmas hymn gets a little more Paul Harvey-ish, for indeed, there is “the rest of the story” to tell.
It happened on Christmas Eve in 1906. Reginald Fessenden had been a chemist working for Thomas Edison. Actually, he more or less became a chemist since his formal education had been classical. He also became an accomplished electrician and was hired as a professor at the new Electrical Engineering Department at Purdue University, before launching into a career as inventor and innovator in Massachusetts. On that particular night, he decided to try out a new generator with the wireless, which until that time had been used almost exclusively for Morse code transmissions. Fessenden connected a microphone to his transmitter, picked up his violin and began playing “O Holy Night.” It is thought that this was likely the first song transmitted via air waves, followed by what may also have been a first—the wireless transmission of the human voice.

The son of a minister, he then picked up his Bible and began to read the story of the nativity as it is recorded in the Gospel of Luke. He read of Joseph and Mary travelling to Bethlehem, the stable and the manger, the wonder of the Incarnation, angels singing on high. For hundreds of miles around, radio operators keeping lonely vigil beside their wireless sets on that Christmas Eve were rewarded, becoming witnesses to a number of scientific firsts, as well as another chapter in the story of an enduring hymn of the faith.

The Shipwreck of the American Colony