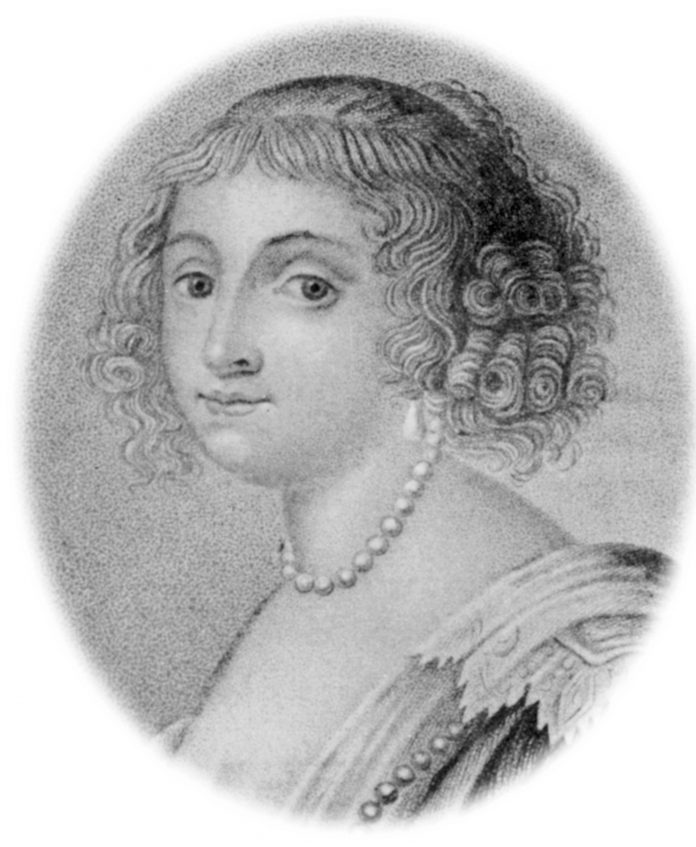 One of the greatest leaders of the Thirty Years War was a young lady named Amalie. Her husband, Landgrave William V, was a Protestant and allied himself with the Lutheran King Gustaf Adolph of Sweden, but as the war came to an end, there was a great danger that the terms of peace would define the rights of Lutherans and Catholics, but ignore the rights of non-Lutheran Protestants (the great majority of whom were called “Reformed”). Here is her story.

One of the greatest leaders of the Thirty Years’ War was this noble princess. Her biographer calls her the greatest noblewoman of her country. Amalie was the granddaughter of Prince William of Orange, from whom she inherited “his wisdom and his eagle eye.” She was born January 29, 1602, at Hanau in Germany, and was married at the age of eighteen to Landgrave William V of Hesse Kassel. Her husband having espoused the side of the Swedes in the Thirty Years’ War, was finally compelled by the Austrians to leave his land and seek asylum in East Friesland. At this most unfortunate moment he died September 21, 1637. It looked now as if Hesse Kassel would be lost entirely, and with her the rights of the non-Lutheran Protestants. With the exception of Saxe-Weimar, hers was the only land in Germany still in rebellion ag-ainst the em-peror, the rest having accepted the peace of Prague (1635). But she refused to accept that peace, because her Reformed faith was not guaranteed in it. She was the last one in Germany fighting for the Reformed faith. If she were crushed, what would become of her church?

Fearful were the odds against her. A large part of her land was in the hands of the enemy. She and her family were exiles, and a debt of 590,000 thalers was on her land. When her husband died, he left his son, a mere boy, as his successor. But the emperor declared that her husband’s will was void, and ordered her greatest enemy, the Landgrave of Hesse Darmstadt, to take possession of her land and rule it. This usurpation thoroughly roused her. With the courage of a lioness she proceeded to battle for her son’s rights. As regent she began the war again. Her husband had providentially left to her 15,000 excellent experienced soldiers. She also had as her commander Melander, one of the greatest generals of the war, whom the emperor had tried by high bribes to draw from her service (for the emperor knew his value), but in vain. She made an armistice with the emperor, during which negotiations for peace were to take place. He was so anxious to make peace that he asked the Elector of Mayence, who acted as mediator, to get her to name her conditions. She replied that she would not make peace until Hesse Kassel had gotten back all the territory illegally taken from her, and till the Reformed Protestants (who had been ignored by the peace of Prague, 1635) had been given their rights. She thus held the balance of power, and her favor was courted by the emperor on the one side and by the French and Swedes on the other. With wise statesmanship she knew how to utilize her unique position. The emperor wanted her to give up the French and Swedes as allies, but she feared lest if she did, he would punish her afterwards. So she finally made a treaty with the French and the Swedes, instead of the emperor, after the armistice had lasted two years, the French giving her 150,000 gulden as a subsidy.

She then moved forward her army, 42,000 strong, into Westphalia, supported on the one side by the French and on the other by the Swedes. It gained a number of victories over the emperor’s forces, among others recapturing Marburg, February 23, 1646, and regaining Upper Hesse. Her position was now so strong and her influence so great, that when negotiations for the Westphalian peace began, she entered into them on an equality with the Swedes and French, although she was the ruler of only a small German state. One of the emperor’s friends declared that it was a shame that such a small state should dictate to the empire. Victorious in war she gained even greater victories in the peace negotiations that closed the war. She compelled Hesse Darmstadt to give up the land it had taken from Kassel. The emperor granted her religion, and more than that, granted its toleration in all Germany, too. For the first time in the history of Germany, the Reformed were mentioned by name in this peace of Westphalia as the equals of the Lutherans and the Catholics. This was due to her persistence in keeping up the war, although she was aided in the negotiations by the influence of the Elector of Brandenburg. The Bavarian General Gronsfeld said of her: “Amalie has gained immortal fame. She has gained toleration for her Reformed religion, which had been cast out by the empire. She holds the balance of power in her hands.”

At the close of the war she laid down the regency of her land and gave its rule to her son, Landgrave William VI. The excessive cares of the war had weakened her health. For in the midst of all her political duties she still watched over her family with the greatest care (she had been the mother of fourteen children). She was careful to have them trained in the Reformed faith, the superintendent of Kassel, Neuberger being the tutor of the son who succeeded her. She desired to spend the rest of her life in quietness. But her health continued failing. She went on a visit in 1651, to Heidelberg, to her daughter who had married the Elector of the Palatinate. There she was greeted as the Deborah of the Reformed Church. But while there, her rheumatism, which showed itself in her foot, increased; so with her daughter and other nobles she received communion from the court preacher Pilger, and de-clared herself satisfied to follow whither God would lead. With great presence of mind she prepared herself for the end. When the operation was performed, she bore it with great patience. She never took her eye off of the wound, and told her physician he should cut more, if necessary, as she was ready to bear all. She gradually grew a little better, and was able to return to Kassel, July 12, by being carried in a chair by soldiers. On August 3 she had them carry her to church, that she might once more join with God’s people in worship. She afterwards became worse, but declared in the midst of her great sufferings that she was ready to die. Just before she died, she reached her hand to both of her court preachers and said, “Good night.” Then she fell asleep, August 8, 1651. She greatly loved her Reformed Church, which was the constant recipient of her bounty, and for which she was willing to sacrifice her all. She died greatly idolized by her people. On her coins is the motto:
“Against might and craft
God is my rock.”