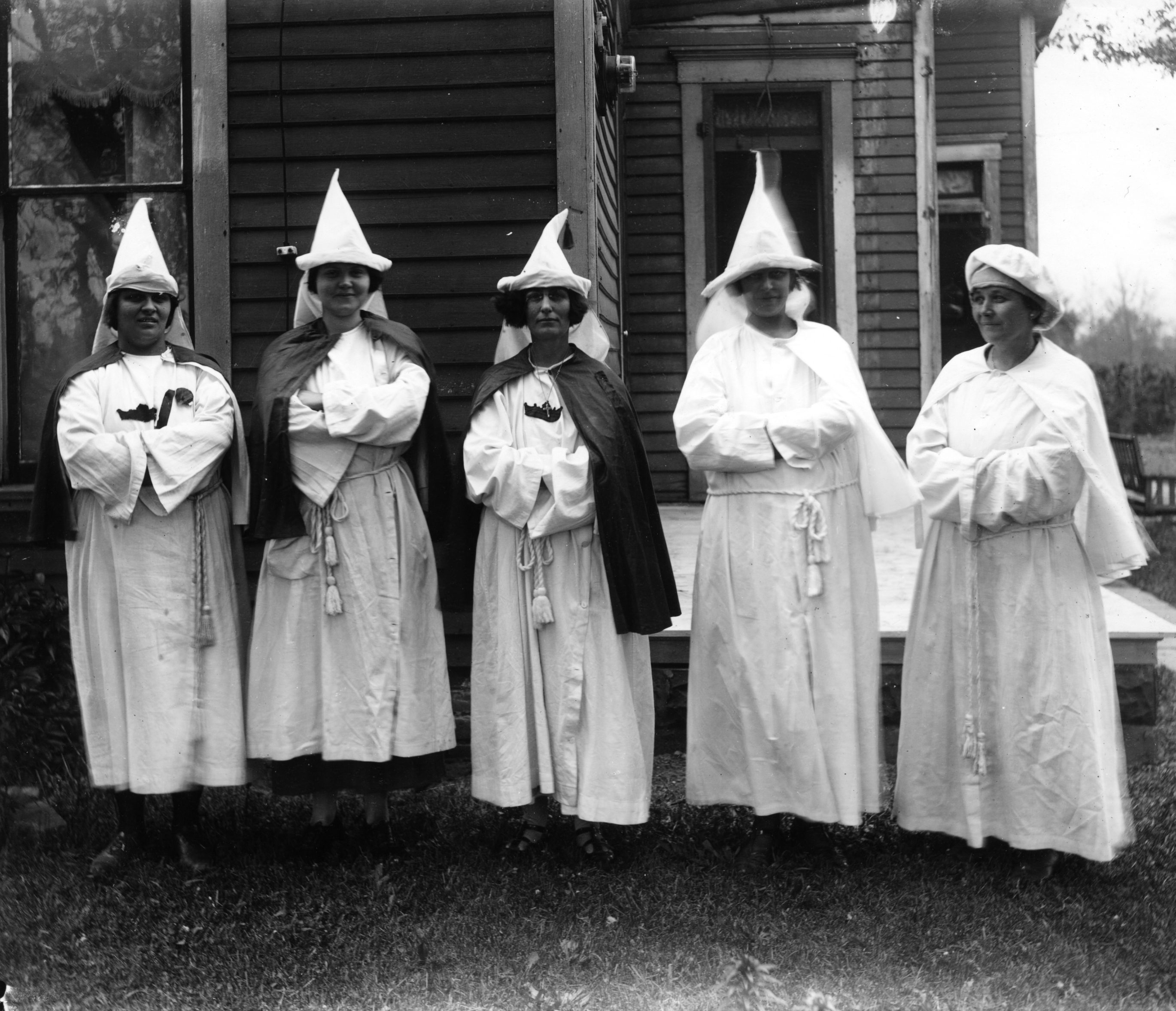 The Ku Klux Klan (KKK) and Women’s Christian Temperance Union (WCTU) shared a common interest in promoting and defending alcohol prohibition, women’s suffrage, Protestantism, and the protection of domesticity. They also both shared hostility toward immigrants. For this reason, the two groups cooperated with each other and shared many members and leaders.

The temperance goals of the WCTU are widely known but those of the KKK are not. However, one of the major supporters of National Prohibition of alcohol in the U.S. (1920-1933) was the anti-alcohol Ku Klux Klan (KKK).

Membership in the KKK was limited to males. Women joined the Women of the KKK (WKKK). Lulu Markwell, one of the first leaders of the national WKKK organization based in Little Rock, headed the Arkansas chapter of the WCTU for twenty years. Lillian Sedwick served as state superintendent and county director of the young people’s branch of the WCTU. She later became an important WKKK leader and other women followed the same path. They included Myrtle Cook of Iowa, a member of the WCTU murdered for documenting the names of bootleggers, and Lillian Rouse of the WCTU and its young people’s affiliate, seven who later joined Sedwick in the WKKK Indiana affiliate. Elizabeth Tyler, one of the first leaders of the WKKK, was also active in the Anti-Saloon League.21Blee, Kathleen M. Women of the Klan: Racism and Gender in the 1920s (Berkeley, CA: University of California Press, 1991), 44.

Daisy Douglas Barr was the Imperial Empress (leader) of the approximately 250,000 member WKKK in Indiana and seven other states in the early 1920s. Indiana itself was the major center of the KKK power, with about 25% of the total national membership. Barr, along with the Indiana KKK’s “Grand Wizard,” D.C. Stevenson, was considered responsible for electing a Klan-friendly governor in 1924.

In addition to her leadership in the WKKK, Barr was a powerful member of the WCTU. In her role in that organization, Daisy Barr was a famous crusader for temperance. As a member of the board of education in Indianapolis, she promoted racial segregation. Professionally, Barr was a Quaker minister in two prominent churches and highly respected.
Anti Saloon League
Sixteenth Convention, Anti-Saloon League of America at Atlantic City, NJ, July 6-9, 1915 Library of Congress

The Klan made large financial donations to the WCTU in many communities. Similarly, the WCTU often lent its support to the Klan’s anti-alcohol activities.22Ibid, 27.

As unofficial law enforcement officers, members of the KKK would often enforce prohibition laws. In many cases members engaged in entrapment of buyers and sellers of alcohol and illegally collected evidence to prosecute the offenders. These illegal tactics made the enforcement by the Klan particularly effective. The WCTU recognized and supported the vigilante law enforcement efforts of the KKK. In towns and cities where the Klan was unpopular, the WCTU continued to support the group because of its effectiveness in law enforcement and conviction of bootleggers and moonshiners, despite the intimidation and violence used in the investigations.23Ibid. In effect, the WCTU was an accessory to the Klan’s illegal activities.