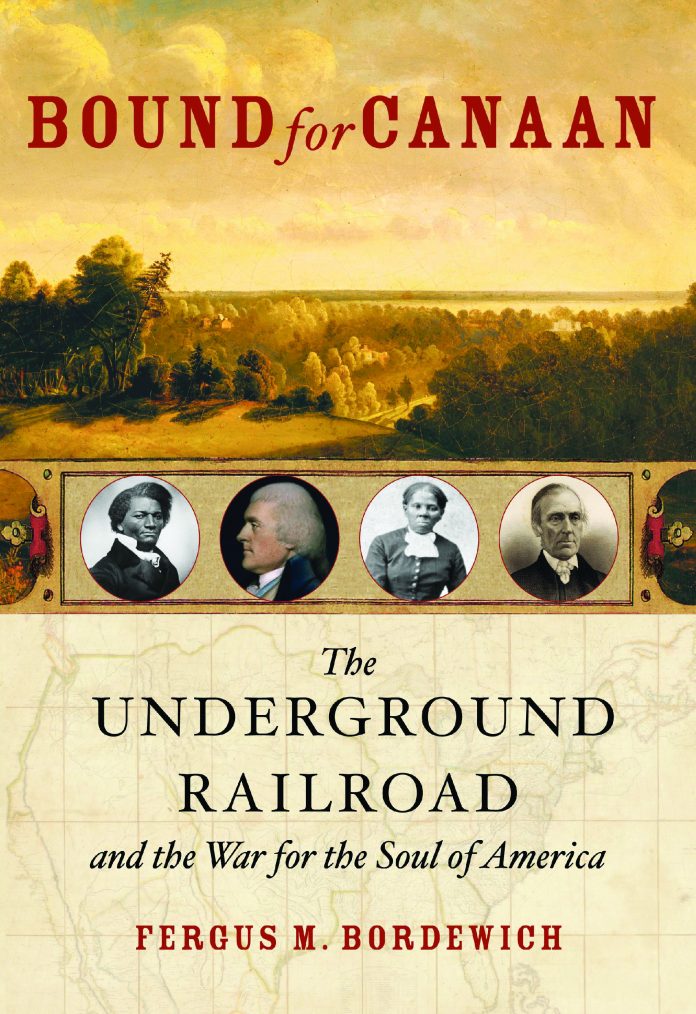 Still the fugitives came, night after night, having seen the Rankins’ ever-glowing light from the Kentucky bluffs. Sometimes they swam. More often they rowed across the river in skiffs “borrowed” from the Kentucky shore. Sometimes, in the hottest weather, when the Ohio was so dry that steamboats were stranded, they could walk most of the way across. (The river was narrower then, about 150 yards across at Ripley; today, after much dredging and banking, it is about 600 yards wide.) But escapes were most common in winter, when the dense vegetation on the Kentucky side was easier to move through, the snakes that infested the hills were dormant, and the ice on the river froze as much as eighteen inches thick.

Unfortunately, John Rankin never wrote about these people until he reached old age, and in the brief account of his life that he did record, they are rarely more than tantalizing shadows. One young woman is “beautiful and accomplished in her manners and but slightly colored,” a seamstress who “had intercourse with the highest class of ladies, from whom she gained much knowledge and learned politeness.” Another, a pious Presbyterian nurse, was fifty years old, and about to be sold away from her home in Kentucky when she was brought across the river by “a free colored girl of Ohio.” Another was a young man who “said that in Kentucky there were twenty men after him in a wheat field and they were so near him he thought they would hear his heart beat.” These heroic men and women remain elusive in the first hours of their freedom, seen only for a moment in the Rankins’ accounts as if in the sudden glare of a flash in a darkened room, only to mutely recede again into the darkness of the past as abruptly as they appeared.

The most famous single fugitive to pass through the Rankin home was also the most enigmatic of all. On a bitter night in the winter of 1838, a heavy-set black woman picked her way furtively down Tuckahoe Ridge toward the frozen river. She followed the familiar track from the plantation where she was enslaved, careful to keep herself out of sight when she reached the snow-covered floodplain, moving close to the ground. In her arms, she carried an infant whom she had wrapped in a shawl against the cold air. She was leaving her other children and a husband behind, hoping that if she was not caught, and if she did not die, she might be able to return for them someday. She had fled abruptly for the same reason as so many other fugitives: a day or two earlier a slave trader had appeared at her master’s estate to negotiate her price or that of her child. She knew that she might die crossing the river, but if she did nothing she would die a different kind of death, to be sold away south, and away from her family forever.

In some accounts, the woman begged help from an elderly Scotsman or Englishman who lived near the shore, and who sheltered her until she heard the baying of dogs on her trail. As she ran from his house she grabbed hold of a plank and raced to the river’s edge. When the ice was solid, teams of horses could cross it. But there had been a thaw and the ice was rotten, full of air holes and cracks, and the water was running over it, and it was ready to break up. No one had ventured onto it for the past two days, but she had no choice. Her first step broke through. For a moment she stood paralyzed in freezing water. Then she plunged forward, carrying her baby in one hand and the plank in the other. The ice seemed firmer as she ran toward the Ohio shore, but then without warning she broke through again, this time up to her armpits. She pushed the baby ahead of her onto the ice, then levered herself up with the aid of the plank. Laying the plank across the broken ice, she crept along it until she fell through once more. Again she managed to throw the infant ahead of her before she sank. Crawling back onto the ice, she continued her progress in this fashion until the ice disintegrated beneath her again. This time she sank in only to her knees, and she knew that she was close to the Ohio shore. When she finally touched solid land she collapsed, physically spent.

She was safe for the moment, she thought. But she was not alone. A white man had come up out of the darkness and loomed over her. Had she known who he was she would have recognized him as her worst nightmare. He was a Ripley man named Chancey Shaw, a sometime slave catcher who often prowled the northern bank of the river on the lookout for fugitives. He had watched attentively as the woman made her way across the ice, and he was preparing to seize her when, he later admitted to a local abolitionist, he heard her baby whimper and something unexpectedly moved inside him. Surprising himself, he heard himself tell her, “Woman, you have won your freedom.” Instead of arresting her, he led her, soaked and freezing, to the edge of the village. There he pointed to a long flight of steps that ascended a bare hill, at the top of which the rectangle of a farmhouse and a light were visible. He told her to make for the light, saying, “No nigger has ever been got back from that house.”

The first that the Rankins knew of the fugitive woman’s presence was when Jean Rankin heard her poking at the fire. (The door to the Rankin home was always unlocked in anticipation of fugitives.) Immediately falling to the indispensable work that was everywhere performed by the women of the Underground Railroad, she soon had the mother and her baby fed and out of their wet clothes. Upstairs twelve-year-old John Rankin Jr. was awakened by the voice of his father. “I had answered that night call too many times not to know what it meant,” John Jr. recalled many years later. “Fugitive slaves were downstairs. Ahead of us was a long walk across the hills in the dead of night under a cold winter sky. Then the long cold walk back home, which must be made before daybreak.”

Still sleepy, John Jr. came downstairs with his brother Calvin to see a short, stout mulatto woman dressed in one of their mother’s old linsey-woolsey dresses and a pair of their father’s socks, seated before the fire with her baby in her arms and a pile of clothes drying before the fire. The Rankins massed around her as she told them her story. “She seemed so simple as she looked up in our faces,” John Jr. recalled. “How little did we know that this courageous mother, who was though now unknown, was to stir the heart of a great nation.” More than a decade later, she would be transformed in the imagination of the novelist Harriet Beecher Stowe into the fictional slave “Eliza,” and her perilous crossing of the frozen Ohio River would achieve the dimensions of myth as the most famous rendering of a fugitive’s escape ever written. But in the shivering figure before their fire, the Rankins simply saw a fugitive slave who had to be moved on quickly and safely to the home of another friend who would house and feed her, and then guide her on her lonely way to freedom.

Three horses were brought around to the back door, and using an old chair as an “upping block,” the fugitive hoisted herself up onto Jean Rankin’s horse. Calvin was assigned to carry the baby, and John Jr. fell in behind him, as the boys wound down the thickly wooded bank of Red Oak Creek. At Red Oak, they handed off the woman and her child to James Gilliland, the local Presbyterian minister, who would in turn see that they were forwarded to the next station north. “So far as we were concerned, it was only another incident of many of similar character,” John Jr. told an interviewer long afterward. The Rankins never even knew her real name.

From BOUND FOR CANAAN. Copyright © 2005 by Fergus M. Bordewich. Reprinted by arrangement with Amistad, an imprint of HarperCollins Publishers.