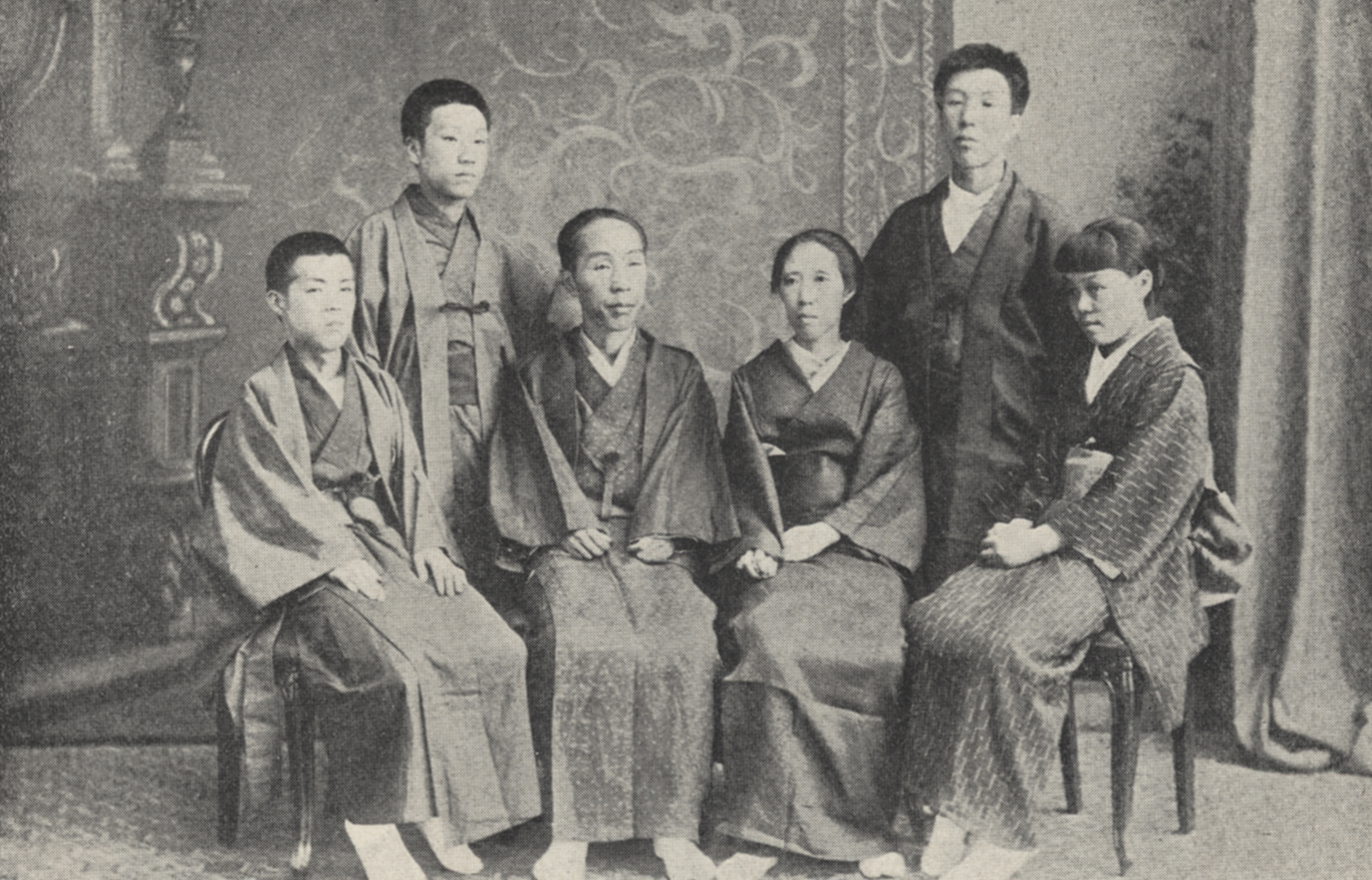 Today, Sendai, Japan is a modern city of more than a million people, easily reached by high-speed rail from Tokyo. But in 1886, Sendai had seen few Westerners and was openly hostile to the strange new religion preached by the two missionaries, one Japanese and the other American, who had come to Sendai to found a school to train Christian pastors. They called it the “Sendai Theological Training School.”1The school still exists today, now known as Tohoku Gakuin. Although no longer affiliated with the present-day Reformed church, it defines as its purpose “to nurture the student’s personality and character through rigorous academic study and daily religious training that is, in the true evangelical spirit of the Protestant Reformation, based upon the Bible.”

It seems odd to modern observers that these missionaries would begin by founding a school for pastors, yet, their goal was the conversion of a nation. They believed that training pastors was of the highest priority, if the Christian faith was to take root and flourish in the hostile soil. By God’s providence, the school opened its doors that first year with six young men enrolled. William Hoy and Masayoshi Oshikawa, sent by the German Reformed Church in America, were destined to see a wonderful harvest, yet much of the sowing would, indeed, be with tears.

Although many in the city were openly hostile to the “Jesus meetings” that began to be held throughout the city, others were merely indifferent, too occupied with making ends meet to pay attention to a religion “for women and children.” One such man was Ohashi Miyamoto, a merchant whose daughter, Mura, was all the trouble he and his wife could handle. When their new neighbors, the Kodaira’s, suggested that the meetings might help Mura be a better girl, Ohashi consented to let her go with them, confident that nothing would change her stubborn ways.

Life was not easy in Sendai, particularly for those, like Ohashi, who had sided with the Shogun in the 1868 “War of Restoration.” The war sought to restore the Emperor as the rightful ruler of Japan, and when the Shogun lost, the feudal lords who had supported him also lost, leaving Sendai impoverished. Simply keeping food on the table was enough for Ohashi, without being bothered with this new and strange religion. Yet Mura (fourteen years old when the missionaries came to Sendai) had been acting oddly lately, that is to say, she had been strangely… obedient. On questioning, he learned that Mura had been deeply impressed by a lesson on what the Christians called the “Fifth Commandment,” and had purposed in her heart to show all honor and obedience to her parents.

Oshikawa was assisted in these house evangelism meetings by another convert named Yoshida. The school was turning out more and more pastors and teachers, and God was blessing their ministry with a growing number of converts. The Kodaira’s were baptized and soon the young girl they had introduced to the faith saw her own life radically changed. Her demeanor, which had caused parents and teachers to throw up their hands, was transformed. She bore relentless taunting, not only for a blindness she suffered in one eye, but now because she was opened identified with the “Jesus meetings.”

While pleased with his daughter’s behavior, Ohashi could not understand how this Jesus could be responsible for such a change. Anna Margaret Schneder, wife of another Reformed minister who had come to Sendai to work in the school, writes that one day Ohashi:

“…took a walk up the main street, and as he saw a large crowd standing before the house where Mr. Oshikawa was preaching, he stopped to listen. He heard men, women and children weeping over their sins. The sermon that they were hearing touched every heart. But Mr. Miyamoto, being a proud Confucianist, turned away with a sneer….”2Schneder, Anna Margaret, Omurasan, Board of Foreign Missions, Reformed Church in the United States, Philadelphia, PA, 1905. pp.59-60. This article is based predominantly upon information provided by Schneder’s biography.

But soon, Ohashi’s own eyesight began to fail. No longer able to read, he called for Mura to come and read to him. She opened her Bible to Gospel of John, Chapter 14, and began to read. Ohashi was troubled and soon went to see Mr. Oshikawa and Mr. Yoshida. Anna Schneder reports that when young Mura would pray at the Christian meetings for the conversion of her parents, that it “would make the tears come to many an eye.”

Ohashi announced to his daughter one day that he and three other seekers were going to visit the missionaries. The powerful message of repentance presented by Oshikawa had an equally powerful effect. Ohashi Miyamoto said later that “I fell over as one dead, and when I revived I was happy.” Mura was ecstatic, for soon both her parents announced their conversion to the Christian faith.

The Reformed Church sent two women, Miss Poorbaugh and Miss Ault, to open a new Girl’s School in Sendai. So excited was Mura that when she learned that the two would arrive very late one night, she traveled to meet them, and became among the school’s first students. While a student, Mura regularly taught children’s Sunday School and is reported to have shed many tears when a group of unruly boys in the class challenged her again and again. She would be rewarded in years to come as many of those same young men were converted.

Mura became a valued helper in the school and worked diligently to perfect her talents in music. Sadly, she was forced to give up her study of music when the doctors told her that if she did not, she would lose her sight completely. While her given name was “Mura,” she was affectionately known as “Omurasan” (“Honorable Miss Mura”). With her blindness and infirmities, she did not expect to marry, but God had a different plan. Rev. Suekicki Yoshimura, the young assistant pastor of the Sendai church, let it be known among the elderly women (as was the custom) that he wished to be married. He feared his poverty and low station would make marriage impossible, but in His providence, God drew the young pastor and Omurasan together. They were married by Rev. Schneder and moved into their “spacious” twelve by nine room.

On June 24, 1901, their first child was born. They named him Shinichi, which means “faith first.” In the fall, the new church building was completed and Rev. Yoshimura became the regular pastor. Their home became a way station for students, travelers, and inquirers, of which there were many. But Omurasan was not to see the full flowering of the missionary labors in Sendai, for upon the birth of her second child, she became gravely ill. Pastor Yoshimura chose the name Kiyoshi, meaning “pure,” from Matthew 5:8, a name that greatly pleased Omurasan.

Omurasan grew weaker by the day. She summoned her husband and told him the dress she wished to be buried in. Her father came into the room, and was led to her bedside. Though blind, he had memorized great portions of the Scriptures and began to recite verses one after the other. He was joined by her mother who, like her husband Ohashi, was heartbroken at the thought of losing a child.

Their daughter then called for her children to be brought in and proclaimed “I want you to be ministers and save souls for Christ.” When they left, she wept. As friends and family gathered to pray, Omurasan began to pester the unbelieving doctor attending her. She told him that someone must work for Jesus in her place, and she wanted him to promise to do so. Relentlessly, she pressed upon the doctor and nurse the urgency of her request, until finally they both promised to attend church and try to learn of Christ.

GravesiteOmurasan was buried in the cemetery assigned for Christians, a walk of about two miles outside the city. In 18983Reformed Church Almanac and Year Book for 1898, Reformed Publishing Company, Dayton, OH., pp 34-5., it was reported that the students from the two schools were conducting “nine or ten” Sunday Schools in the city. There were 147 students in the Theological School, and 53 preaching stations in the city, of which six had been organized into full-fledged congregations.

The Field of Lost Shoes