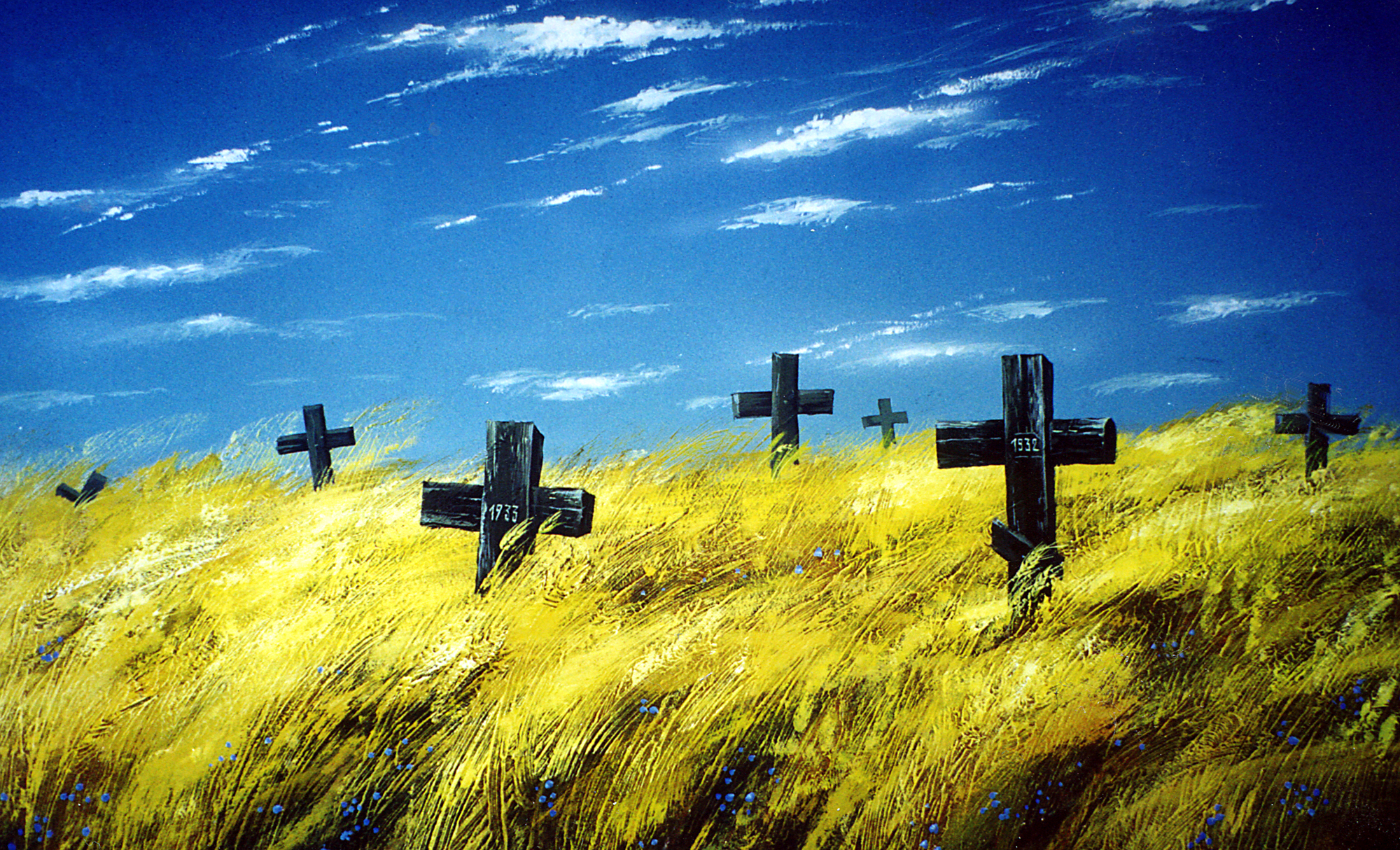 In his chilling book, Harvest of Sorrow, Robert Conquest chronicles in sobering detail the terror-famine of the Soviet collectivization program. Born of Lenin’s bitter hatred of Christianity, Russian state-sponsored attacks against farmers (“kulaks” to Stalin) would fall particularly hard upon the industrious German Protestants whose colonies stretched across Ukraine, and from the Volga to the Black Sea.

On November 13, 1913, Lenin wrote a letter to Party colleague Maxim Gorki that must forever shame those who acted as apologists for his regime:

“Every religious idea, every idea of God, even flirting with the idea of God, is unutterable vileness…of the most dangerous kind, “contagion” of the most abominable kind. Millions of sins, filthy deeds, acts of violence and physical contagions…are far less dangerous than the subtle, spiritual idea of God decked out in the smartest “ideological” costumes…. Every defence or justification of God, even the most refined, the best intentioned, is a justification of reaction.”1Conquest, Robert: Harvest of Sorrow, Oxford University Press, Oxford, New York, 1986, p. 199

While Lenin never wavered from this virulently dangerous ideology of hate, it was left to his successor, Josef Stalin, to apply it with ruthless determination, leaving tens of millions dead. Farmers were forced into collective farms, grain was confiscated, property destroyed and the productive rural farmers were declared enemies. The German Protestants were particularly targeted for persecution, with many of their villages turned into ghost towns.

With the means of production destroyed, famine swept the land. Millions died. Churches were hit with oppressive taxes, and then abruptly closed. Conquest quotes Vasily Grossmann, an eyewitness, who tells of coming upon train stations:

And these were the ones strong enough to walk. Along the roads, a generation died. Parents and children reduced to cannibalism, wandering aimlessly across a barren landscape purposefully denuded of all nourishment, crops confiscated in a systematic pogrom to destroy every vestige of the image of God in a people. Horrible in its breadth and depth, but only truly understood in the context of individual suffering. Another observer wrote,

“By the roadside between Kryzhivka and Budyscha, in the orrach near Budyshcha pond, at the end of June were found the bodies of two children — one about seven years old and the other perhaps ten. Who knows whose children they were? Nobody seemed to have missed them, no one asked for them, they perished like kittens….” 3Ibid., PP-286-7.

In the towns across the upper Midwest, local newspapers reprinted heartrending letters from relatives swept up in the unfolding tragedy. In the Spring of 1933, one such letter to relatives from Karl and Elizabeth Lang of Kassel reads:

“I also want to tell you that Father has been dead for two years now, but God be praised and thankful for that. At least he doesn’t have to suffer this terrible hunger as we do. We have three small children and nothing to eat…That is saddest, when day breaks and the little ones weep and cry for food. Of loving God, have pity on us, and help us to endure their frightful moaning and this miserable time. The smallest of our children weeps and says ‘Oh dear Momma, go and look for something to eat because I have such an awful hunger.’ Where should I look, and to who should I go when nobody has anything? So that is now how we fill ourselves, with weeping. There is nothing else. You can imagine how it makes one’s heart bleed, when your own children come to you and you can give them nothing to quiet their hunger….We remain your friends to death.”4Vossler, Ronald J. We’ll Meet Again in Heaven, p. xxxiii; Germans from Russia Heritage Collection, North Dakota State University Libraries, Fargo, ND, 2003.

And then one day, the letters stopped.

You can read many of these letters that appeared in the newspapers of the Dakotas in We’ll Meet Again in Heaven, by Ronald J. Vossler, published as part of the Germans from Russia Heritage Collection of the North Dakota State University Libraries, Fargo, ND, 2001.

Archie Mitchell and the Forgotten MIAs