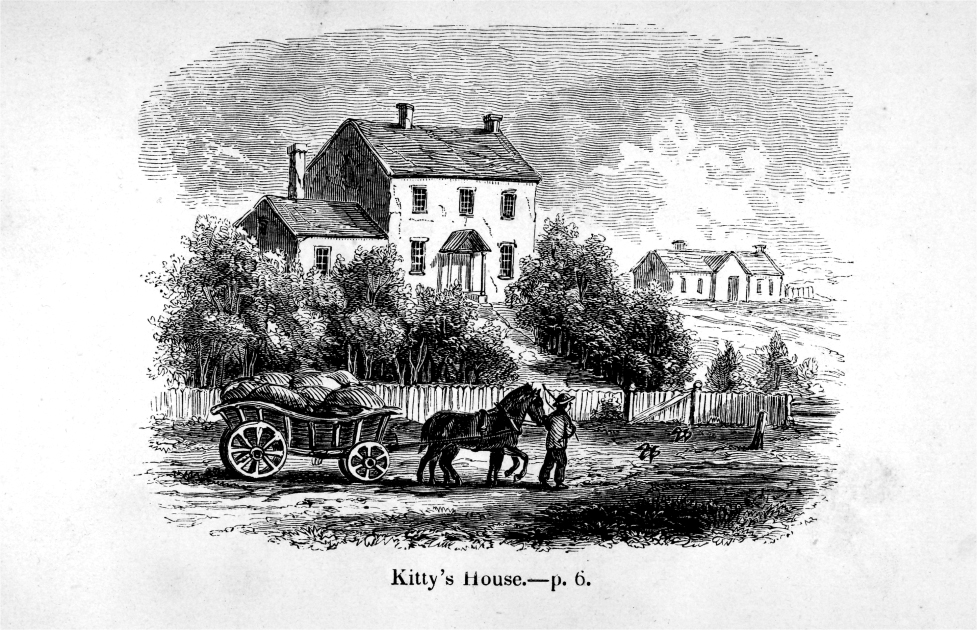 When Robert Raikes, the editor of the Gloucester Journal, opened the doors of his “Sunday school” to the children of local chimney sweeps, few could have predicted that the small gathering in Sooty Alley across from the local prison would become an international phenomenon.1Please see the encyclopedia of informal education (EIE); www.infed.org

In 1783, Robert Raikes began to editorialize on behalf of the “Sunday schools” and similar efforts sprung up across Northern England and Wales. By 1851, it is estimated that three-quarters of working class children were enrolled,2Laqueur, T. W. (1976) Religion and Respectability. Sunday schools and working class culture, New Haven: Yale University Press. As cited by EIE with most schools also open to adults. The lessons included moral instruction and basic education, and the whole affair strikes the modern reader as decidedly Dickensian.

What we may think of today as “Sunday school” was common among Protestants, as we see from the Palatinate Church Order, as well as the Heidelberg Catechism which requires on the Lord’s Day that “the ministry of the gospel and the schools be maintained.” Similar emphasis on the instruction of youth is found in the traditions of Baptists, Lutherans, Puritans and many others. Yet, the role that Sunday Schools played in the taming of the New World appears to have been of a different sort. 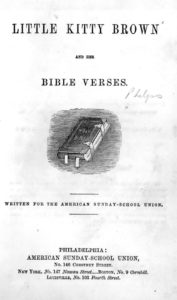 The pastors of Philadelphia were confronted with enormous challenges. While the churches in the city were well-established and well-attended, much of the rural country was virtually devoid of churches and the lack of pastors was chronic. It had been that way for many years, and was growing worse. A letter from 1734 bemoans the fact that “We do not know a single community where, within the radius of three miles, twenty children of our faith could be gathered together, excepting Philadelphia and German-town.”3The Church in School, Publication and Sunday School Board of the Reformed Church in the United States, 1925

SundaySchoolAwardBookInsideThe pastors, including Baptist, German Reformed, Lutheran, Methodist, Dutch Reformed, Congregationalists and others, united in an effort to reach out and evangelize the frontier. While the Lutheran and Reformed churches had each, for many years, formed parochial German-language schools wherever sufficient numbers of their adherents could be gathered together, the new Sunday and Adult School Union proposed to train an army of laymen to fan out across the frontier and gather in all.

Basic catechisms were prepared to which each of the denominations lent their endorsement. Spellers, Bibles and New Testaments were printed en masse, in both English and German. The schools began as non-denominational efforts, with the proviso that should a sufficient number of families wish to begin a church, they would choose with which group they wished to affiliate. Incredibly, the system worked.

Itinerant Baptists and circuit-riding Methodists would ensure the survival and growth of those denominations as the frontier pushed ever-Westward. But for the churches previously dependent upon ordination of ministers in Europe, the late 18th Century had proven difficult, indeed. One writer calls it “the barren times, when the rationalism of Germany, the deism of England and the anarchy of the French revolution made themselves felt even in America.” He notes that a majority of his denomination’s congregations north and south of Pennsylvania were lost, and cites a Missionary Committee report listing 200 churches with 30,000 communicant members living “without the benefit of pastoral ministrations.”4Address of the Missionary Committee to the Members of the German Reformed Church in the United States, Hagerstown; John Gruber and Daniel May, 1820, p.4, cited by Prof. William J. Hinke, “The Early catechism of the Reformed Church in the United States,” Reformed Church Review, Vol. XII, No. 4, October, 1908.

Children throughout vast portions of the rural areas were without even rudimentary basic education, much less Biblical instruction in the Gospel. While zeal for the Gospel was a prime motivating factor in the Sunday and Adult School Union’s foundation, a genuine fear among many was also that, left without teachers and pastors, the frontier would produce a Godless and ignorant generation, threatening the foundations of the civil order.

Under such a burden, the pastors of Philadelphia, in 1817, founded the Union and began to send lay teachers throughout the region establishing schools. The growth was rapid, and remarkably well-managed.

By 1823, the annual meeting of the Sunday and Adult School Union at the German Reformed Church in Philadelphia would report 513 schools operating, with 5,012 teachers and 37,993 “scholars.” A copy of that 1823 Report resides in the City Seminary Archives and relates testimonies to thrill the heart of any Christian. More than 65 “Award Books” were in stock to be given to young scholars for completion of memory work. Multi-colored tickets were issued which could be turned in for larger and more valuable books, until the student possessed his or her own Bible. Failure to memorize that week’s verse resulted in the loss of a ticket, so one was either progressing or falling behind. No one was allowed to stand still.

The effect of a rigorous attention to the Gospel not only affected the scholars, but the teachers, as well. From the south, a Presbyterian Sunday School in Washington would, with neither shame nor embarrassment, report that “It gives great pleasure to state that since the last report, nine of our teachers and three scholars have given evidence of a change of heart. All of them except one have made a public profession of their faith, and are walking worthy of the vocation wherewith they are called. A majority of these are young ladies from fourteen to eighteen years of age, teachers in school No, 1.”5Sixth Report of the Philadelphia Sunday and Adult School Union Read at their Annual Meeting held in the German Reformed Church, May 27, 1823; L. Ashmead & Co.,Philadelphia, 1823.

Reports rolled in from Maryland and Virginia, and from states to the North. While some were lengthy, most were brief, like the report from Frederick, Maryland: “Commenced in January last. Our school consists this time of 130 scholars under the care of 10 male and 12 female teachers. We have frequent visits from the Rev. Mr. Helffenstein.”6Ibid.

Scholars were divided by ability, rather than age, into four groupings, composed of ten students each. The highest class was for those “who read in the Testament,” and their curriculum was composed of New Testaments and catechism. The second class was for those “who read indifferently.” Their texts were “the Sunday School Spelling Book and the Hymn Book.” The third grouping had only the Sunday School Spelling Book, while the fourth were given “Alphabet Cards.”

Tucked into the seminary’s archive copy is a handwritten note obviously prepared by one of the delegates (see graphic) in which he chronicles the labors of his 182 scholars. “All but eight of the females and thirteen of the males are able to recite their lessons from Scripture,” he writes. What follows is a list of names of those reciting the most Scripture verses that year, led by Miss Deborah Low who recited 1,748.

From Hillstown, they had “reason to bless the Lord, and to record his goodness for the happy result of the attention which has been paid to the schools. Sixteen of the teachers (often the older children) and three of the learners have made a public profession of their faith in Jesus Christ.”7Ibid.

The city of Princeton would report that “We have pleasure of stating that several of our teachers and scholars have united themselves to the people of God, during the past year. Some of these date their first serious impressions to the instructions and exhortations of the Sabbath school. We rejoice in being able thus to add our mite in favor of these blessed institutions….”

In 1824, the work begun in Philadelphia would assume a national character with the formation of the American Sunday School Union (ASSU). The labors of the original Sunday and Adult School Union were under the express control and direction of the pastors, but in subsequent years, the “movement” would grow its own leadership hierarchy, as was the case with contemporary Bible and missionary societies. Predictably, conflicts arose, although most denominations soon had incorporated the Sunday School into their own formal programs of ministry, thus minimizing the opportunity for doctrinal and organizational disputes.

While criticisms of the later parachurch Sunday School “movement” are neither rare nor without some merit in certain historical circumstances, the fruit of these early first years seems overwhelmingly positive. Undeniably, the Gospel went forth and bore fruit, as a generation united to shine the light where before there was only darkness.

“And Joshua the son of Nun, the servant of Moses, one of his young men, answered and said, My lord Moses, forbid them. And Moses said unto him, Enviest thou for my sake? would God that all the LORD’s people were prophets, and that the LORD would put his spirit upon them!”